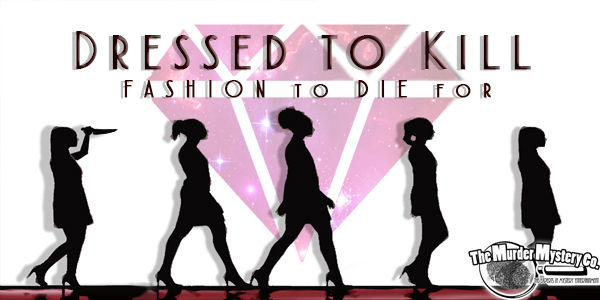 Dressed up in finery, Thursday April, 7, I strutted down the red carpet as three TMZ reporters ran up to me and proceeded to hound me about the designer of my dress and shoes, who I was arriving with, and how I felt about the hit stylist, Walter Melon. Yes that is a made up name. The reporters were actors and I was really at a planned event that was hosted by the Murder Mystery Company formed by CAPPA alumni. The Murder Mystery Company does exactly what the name says, it hosts murder mysteries, usually as a banquet dinner of some sort. The show in mid April is all about the Anna Bonde memorial scholarship. Every year Anna Bonde’s mother contacts the murder mystery company to raise funds for this scholarship that is awarded to various graduating CAPPA students at the end of their senior years. Anna Bonde was a young woman that died in a car crash; she was hit by a drunk driver and died before she could see how her life could pan out.

This year was the seventh year that the Murder Mystery Company has come to michigan to perform their show to help raise money for the Anna Bonde scholarship.

The show starts out with the famous fashion designer Walter Melon announcing the theme of his show and for everybody to take a good look at the super rare Idaho Diamond. It is announced over the intercom that the diamond is being safely moved backstage. The fashion show starts with another “celebrity” reading off the title of the show and people are given the rules of the game. You can talk to all the suspects in name tags, and you can use the paper money to bribe characters and other players for clues. There are three rounds that you can get up from your table and collect clues to try and figure out ‘who done it.’ At the end of the third round, each table is given a final answer sheet and your table team must come up with a team name and the murderer, but the key to winning is that there must also be a detailed motive and method also written! The murders aren’t impossible to figure out, but if you can’t get the why and how then you aren’t meant to be a detective.

The scene develops more as the night goes on, there are clues added after each round and there are perks if you happen to find out something juicy that you can keep from other tables. Each show lasts about two to two and a half hours, and you can check more out about the company at www.grimprov.com. They host both public and private shows for those who are say, throwing an older audience gathering. Before the shows start there are props out and a photo backdrop that match the themes of the play where you can get those little memory photos and frames for events.

One of the most important parts of each of these dinners is audience participation; everyone has to give in to the illusion that the actors are creating in order for the mystery to take place, but also to make sure that everyone has fun.