Mike and Marian Ilitch: Investing in the Future of Detroit 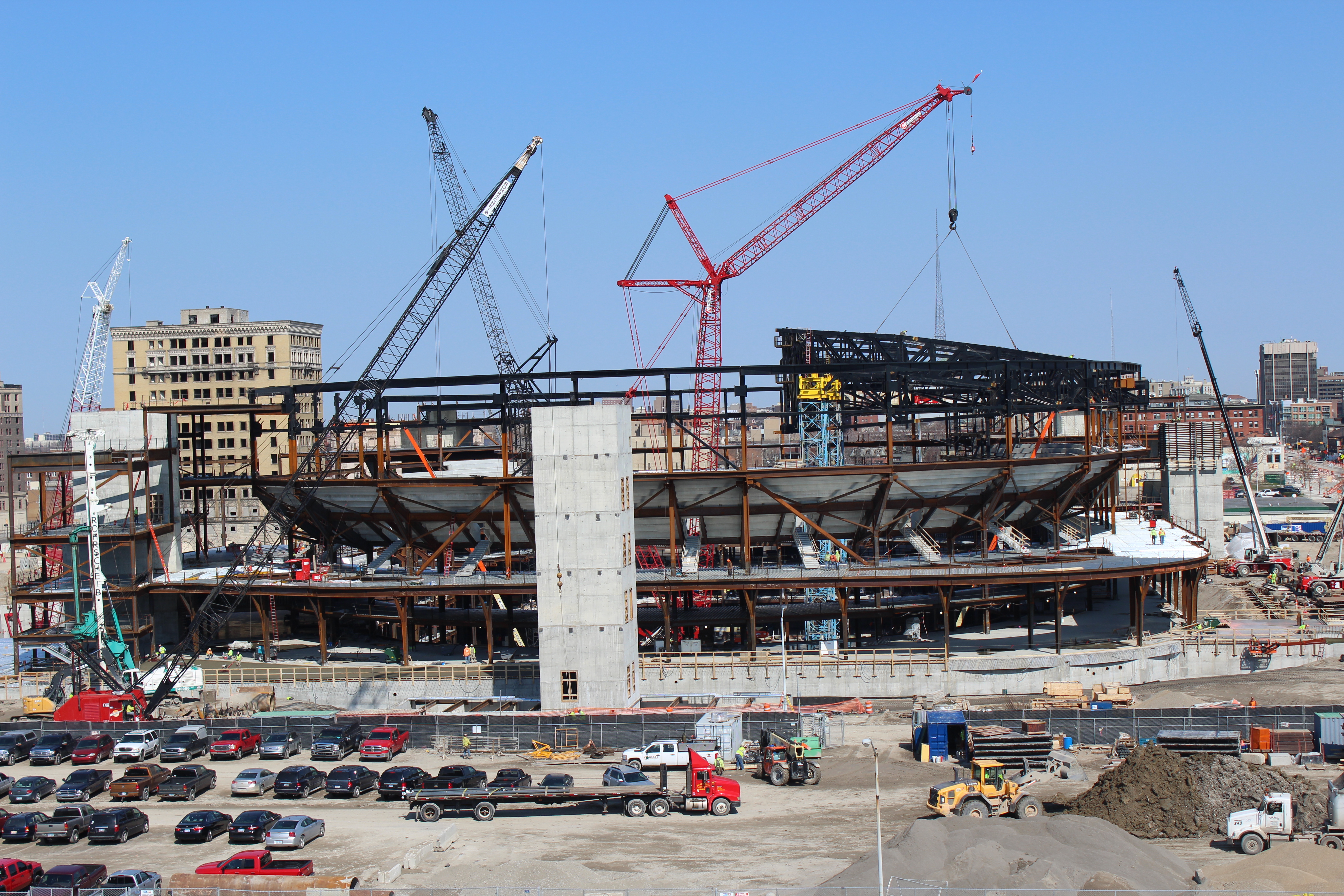 In 1982 Mike and Marian Ilitch bought the struggling Detroit Red Wings for $8 million, which at the time were nicknamed the “Dead Wings” due to the poor performances and lack of playoff appearances. Since the Ilitchs bought the sports franchise, the Red Wings have won 15 divisional titles, six President’s Trophies, and four Stanley Cups in 1997, 1998, 2002, and 2008. Mike Ilitch has been inducted into the Hockey Hall of Fame. The team has played at Joe Louis Arena since 1979 and will play there for the last time in 2017. The team is moving to a new $627 million dollar arena paid for by both the Ilitchs and the taxpayers of Detroit, where the taxpayers will be paying for most of the total cost.

In 1988, Mike and Marian Ilitch bought the Detroit Drive which was Detroit’s Arena Football team. The Drive played in Joe Louis Arena in the summer months so the Joe wouldn’t sit empty. The Detroit Drive were one of the most successful teams in the Arena Football League making it to six title games and winning four of them. They had high attendance each year due to discounted and free tickets. Ilitch then sold the team in 1992, as he turned his attention to his newly acquired Detroit Tigers.

Mike Ilitch bought the struggling Detroit Tigers in 1992. After buying the team, Ilitch started planning the new stadium for the Tigers to open in the 2000 season. Comerica Park was 60 percent financed by Ilitch. Currently the Detroit Tigers have one of the highest paid rosters in Major League Baseball. Although in his first 13 seasons as the owner of the Tigers, they had 12 losing seasons, they then turned it around in 2006 by reaching the World Series. In the 24 years that he has owned the team, the Tigers have won four straight division titles and made it to the World Series two times and the playoffs five times.

When the announcement was made about building Comerica Park in downtown Detroit, and abandoning the historic Tiger Stadium in Corktown, fans and Detroit residents protested. Ilitch was able to get the necessary votes to build Comerica Park, but tax revenue will not begin generating for the city of Detroit until 2021. Criticism of the new Red Wings arena includes concern that Detroit residents will not benefit, including the city not receiving any tax revenue for many years after it is built.

Mike Ilitch was born in 1929 in Detroit, the son of Macedonian immigrants. Ilitch served in the U.S. Marine Corps for four years. He played Minor League Baseball from 1952 to 1955 for the Tigers, Yankees, and Senators. He met Marian Bayoff, who grew up in Dearborn, Michigan, in 1954, on a blind date arranged by their Macedonian parents, and they were married a year later. After starting Little Caesars Pizza in 1959 in Garden City, Michigan, the Ilitch family owned its first sports team when they started the Detroit Caesars pro softball team in 1977, which played out of Memorial Field in East Detroit. The team won two World Series titles before the league disbanded after the 1979 season.

Both Mike and Marian Ilitch are listed as the owners of the Detroit Tigers, Detroit Red Wings, and Little Caesars Pizza. While Mike Ilitch owns the Fox Theatre, Marian Ilitch is the majority owner of MotorCity Casino along with multiple other casinos. The Ilitch family has seven children, each having leadership roles in Ilitch Holdings.

Headquartered in the Fox Theatre, Ilitch Holdings, according to its company website, was founded in 1999 and created to provide all of the Ilitch’s companies with professional and technical support. Also housed in the Fox Theatre is Ilitch Charities, which gives out thousands of dollars in awards and scholarships each year. Mike and Marian Ilitch are the Chairman and Vice Chairman respectively of Ilitch Holdings with their son, Chris, being the President and CEO of the company that employs over 21,000 people. In 2014, the combined revenue of Ilitch Holdings was over $3.3 billion.

The Ilitch family is one of the richest in the state of Michigan, worth an estimated $4.9 billion, according to Forbes. According to company announcements, the new Red Wings arena will include retail shops and neighborhood development. Working with real estate mogul Dan Gilbert, Ilitch hopes that Detroit can thrive once again. With Detroit already having redevelopment downtown, in Midtown, and even in Corktown, where the old Tiger Stadium used to be, the plans for the new Arena district will allow both Mike and Marian Ilitch to see the city they grew up in have a comeback as successful as the teams they helped restore.