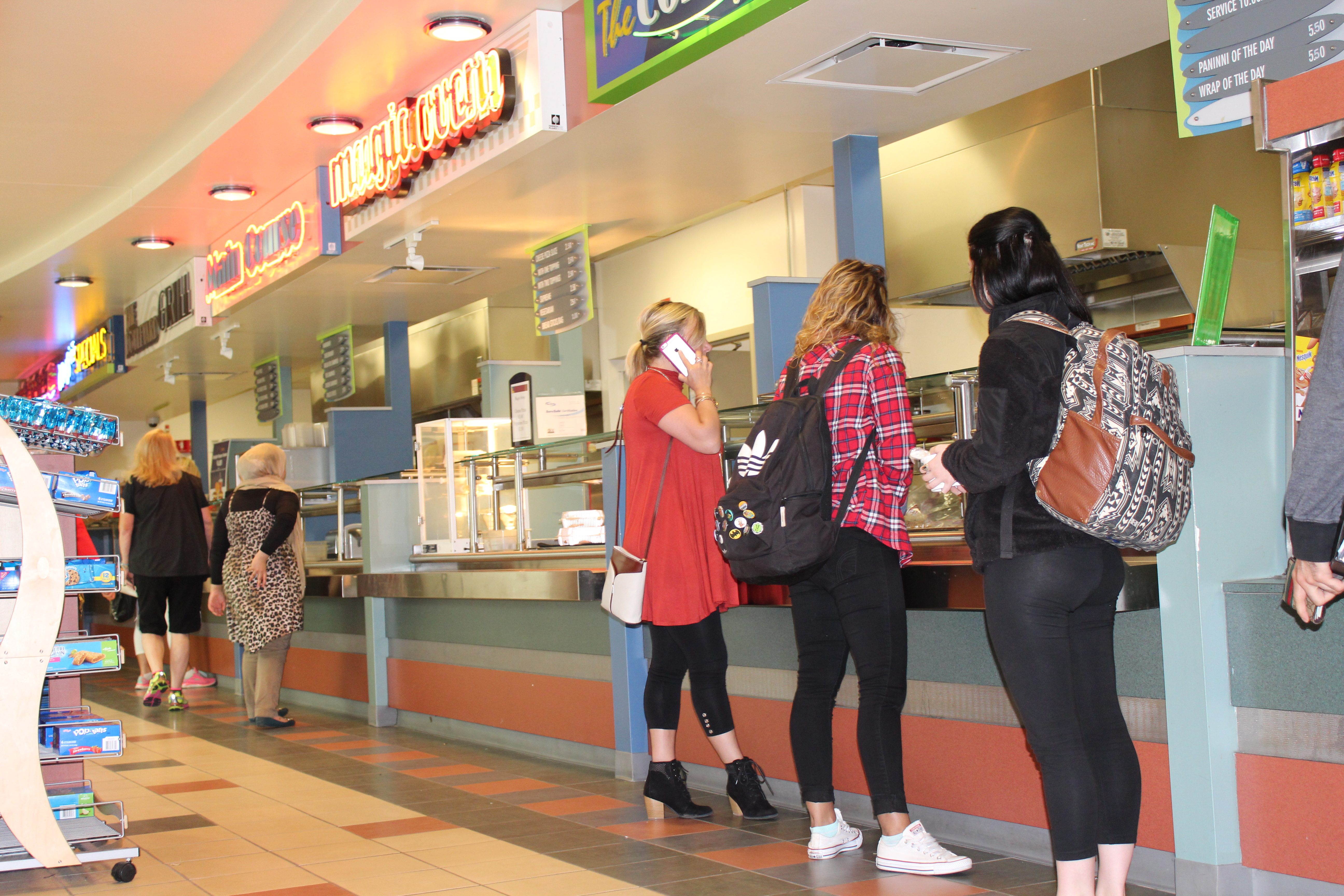 It’s no surprise anymore in Dearborn to hear the question, “Do you serve halal food?” Not only is it asked by those who need the halal option for religious reasons, but many others prefer it as opposed to non-halal because of the way the animal is raised and how it is cleaned and cooked. Despite its significant population of Muslim students and others who prefer to eat halal, Henry Ford College’s cafeteria does not currently offer food that is halal.

According to Bruce Wall, the Food Service Manager at HFC, the cafeteria, called the Skylight Cafe, is run by vendors who buy what they are able to afford on their budget. The lack of halal options is not intentional. Wall tries to keep options open for those who are unable to eat the regular meat by providing meatless meals and substitutions such as seafood.

Fifty-One-O-One, the student run restaurant next to the cafeteria offers halal. Those from the Hospitality and Culinary Arts programs take great pride in that fact. Three times a week, the restaurant sends a “food truck” out to serve food prepared by the HFC culinary program students for a couple hours during lunch time. Wall claims that the cafe and restaurant work well with each other, and it is not a competition.

While the cafe cannot yet serve halal, they are working toward offering healthier and fresher options. Cooks in the kitchen are constantly preparing the fresh foods, and all the produce they buy comes from local markets with Michigan grown products. The healthier choice isn’t on too many of the students’ minds at HFC, with much of the staff enjoying the salads and fresh fruit. Bruce Wall calls this the “$5 pizza mentality.” Students are often in a rush to get to class and don’t have much time to think about what they are going to have for lunch. They grab what they can and go. On the other hand, teachers and faculty have scheduled breaks where they can sit down and enjoy their meals. Wall hopes to add healthier options to the menu soon, but says that if they stay or not depends on how well the additions sell.

Since the cafeteria staff work hard to provide fresh food, I asked why salads are pre-packaged. Until last semester, Skylight Cafe offered a fresh salad bar to whomever wanted it. While it seems like a good idea, after many observations from the kitchen staff, it was found to be unsanitary.

Recently, buildings on campus, like the Liberal Arts building and the Science building, have been remodeled or added to. The last time the cafeteria area was touched in terms of renovations was in 2002. At that time, the restaurant was used as a dining room, student activities were not placed there, and it was often that the college was getting complaints from students over when the area would be updated. During the remodeling time, the seating area was created, with more comfortable seats and larger tables, the radio station was moved from the Fine Arts Building, and the Fifty-One-O-One restaurant was added.

According to Wall, plans to renovate the area again are something the staff has been considering. Within the next two to three years, Wall would like to remodel based on making the cafeteria less congested, but doesn’t yet know how to address it. Wall also gets questions wondering if he’ll add a water fountain to the cafe area, as many find it inconvenient to search for a water fountain from building to building every time they need to refill their bottles or just get a sip. A water fountain, Wall says, would be “unsanitary in the cafeteria area.”

Whatever the future plans for the cafeteria are, staff and students working in the cafe try hard to accommodate every person’s needs, whether they’re in need of vegan or vegetarian options, strictly halal foods, or a $5 pizza.