The Tattoo: The Most Personal Art Form 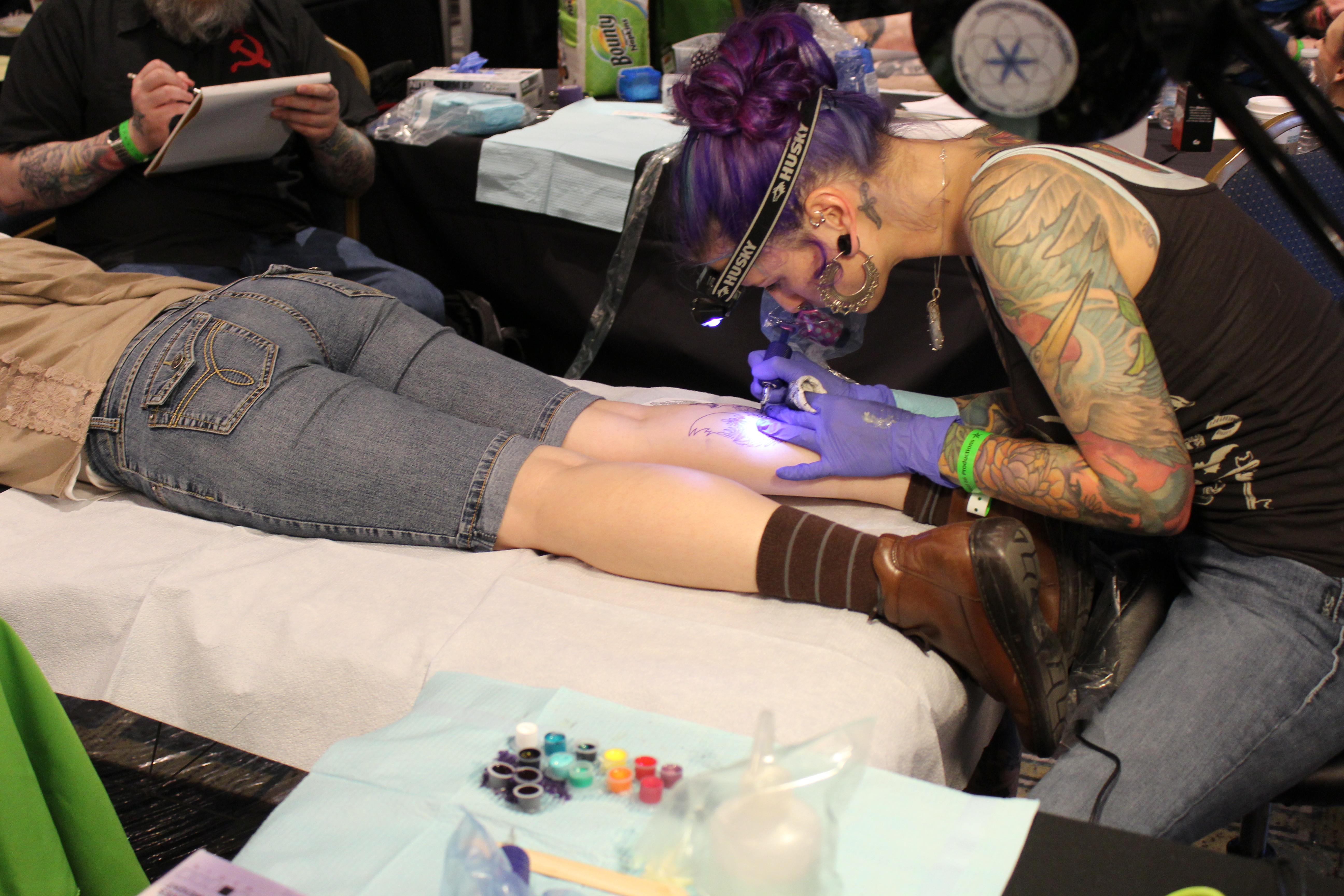 Although tattoo culture is emerging in the world as something beyond the stigma of socio-economic and criminal stereotypes, it is still highly polarized in regards to its acceptance. One way to combat this stigma would be to educate those who are dubious of the artistic value and professionalism of tattoos and that’s exactly what makes the Motor City Tattoo Expo so important.

Detroit is picking up momentum as a haven for artists, whether for innovative gallery exhibits or beautiful street art. The Motor City Tattoo Expo’s goal is to shine a light on another form of art, tattooing. The 2016 Tattoo Expo that happened this past March 4-6 was the 21st annual event. Gathering over three hundred artists along with hundreds of onlookers. According to the official website, there were over a hundred and fifty booths. Each booth was being used as a work station for people to get some new ‘ink’ either by appointment or on a whim.

The Tattoo Expo also included live entertainment as well as food, drinks, and tables to buy merchandise. Every night a panel of judges would pick the best tattoo of the day. The different styles of work ranged from traditional to abstract to geometric. Although the styles themselves are different, the roots of tattooing bring them together as more of a collaboration of art instead of separate entities.

The history of tattoos illustrates the cultural significance of tattoos and how widely tattooing has been practiced. For instance, the custom of tattooing has roots in several different cultures, such as the Polynesians who span across the Pacific Ocean, as well as the Japanese, which have contributed to traditions still used in tattooing today. Although the application of tattooing has been modernized with new technology and sanitary methods, the artistry has not been lost.

According to the Samoan tradition, tattoos were central to a tradition where a young chief was recognized during the onset of puberty. It was strict taboo to not adhere to the process of tatau, or tattoo. Deciding not to endure the immensely painful process of tatau could lead to the brand of pala’ai or a coward, and being shamed and isolated from society. Although the process is extremely painful and the risk of serious infection and subsequent death were high, mainly due to the lack of anti-infection medicinal advances in the pre-modern Samoan culture and use of unsanitary tools. “Skin Stories: the Art and Culture of Polynesian Tattoo,” a special on the practice of tattooing in cultures in the Pacific Region like New Zealand, or Maori, Hawaiian and Samoa, states that, “A tattooing session typically lasted until dusk or until the men could no longer stand the pain and would resume the following day, unless the inflamed skin needed a few days to heal. The entire process would often last almost three months. Afterwards, the men’s family helped him celebrate, despite his pain, by throwing a party, and the tufuga, [the tattoo artist] smashed a water vessel at his feet, marking the end of the ordeal.”

Ironically, while tattoo cultures have typically been demonized by Western culture, the art of the tattoo has been established in American history for a long period of time. The art form thrived on the fringes of society. According to the same series on PBS, in America, a tattoo artist named Martin Hildebrandt set up a permanent tattoo shop in New York City in 1846 and began a tradition by tattooing sailors and military servicemen from both sides of the Civil War.

In England, youthful King Edward VII started a tattoo fad among the aristocracy when he was tattooed before ascending to the throne. This obviously mirrors the ideas around tattoos in Samoan culture. While the tattoo is considered a legitimate art form in the art world having essential cultural significance, tattoos are still criticized by the larger society. According to stapaw.com, a website founded by the Support Tattoos and Piercing at Work movement that aims to target businesses and institutions that actively discriminate against tattoos and piercings, 42 percent of adults in the United States have tattoos. Although it is illegal in Michigan to persecute someone based on the artistic expression of their identity, this protection is not extended to the workplace.

The Motor City Tattoo Expo seeks to educate those who are not aware of the vitality or artistic expression of tattoos, one of the most widely practiced artistic traditions in the world.