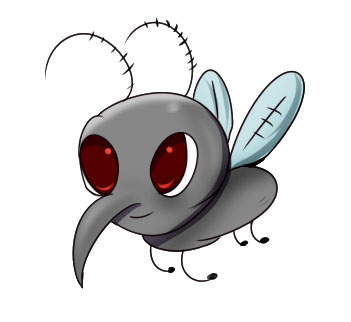 The Zika Virus was first discovered in Uganda in 1947 and was isolated to Africa and Asia for decades until appearing in Brazil in May of 2015. Since then, the virus has spread through South and Central America with up to 1.5 million cases in Brazil alone, and has made its way into the U.S.

Scientists believe the virus is linked to a spike in cases of microcephaly, a condition that causes babies to be born with undersized heads and underdeveloped brains. Children with this disease can face a myriad of problems including learning disabilities, impaired motor functions, difficulty with balance, speech delays, dwarfism, facial deformities, and seizures.

Scientists previously believed Zika to be relatively benign, with only one in five people showing symptoms including fever and joint pain which normally clear up within a week. However, as the amount of infants born with microcephaly has increased dramatically in infected areas, researchers have been able to observe the pattern between pregnant mothers infected with Zika and their babies being born with microcephaly. Zika Virus can be spread one of two ways: either through infected mosquitoes or through bodily fluids, blood, and sexual contact. The mosquitos that carry Zika Virus also spread Yellow Fever, Dengue Fever, and Chikungunya. Zika has spread rapidly with confirmed cases in 25 countries including Costa Rica, Jamaica, and Mexico, as well as recent cases in the U.S. The virus is so widespread and knowledge about it is still so limited that women in El Salvador are being advised to put off pregnancy until 2018. The World Health Organization has classified Zika as a “public health emergency of international concern,” allowing them to tap into the $15 million emergency fund as well as send a message about the severity of the disease.

To combat the spread of Zika, the Center for Disease Control (CDC) suggests to avoid mosquito infested areas or use the necessary precautions to prevent mosquito bites such as mosquito nets, long sleeve shirts and pants, and insect repellent. If infected with the disease, the CDC recommends refraining from sexual contact while showing symptoms.

Although little is known currently about Zika, scientists remain hopeful that a vaccine will be created due to the global concern.