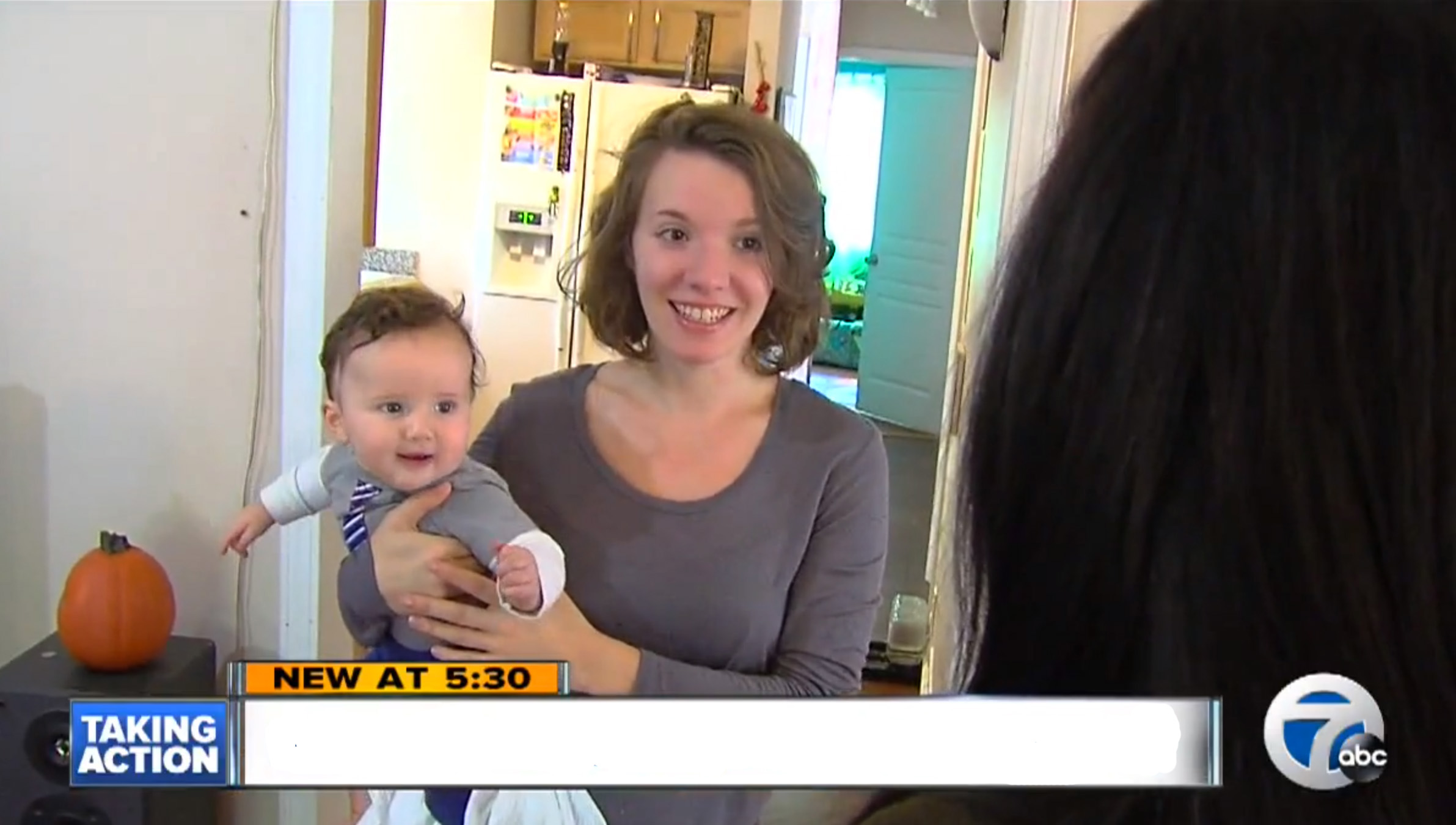 Screenshot of video on WXYZ.com

On February 2, HFC sent out an e-mail to all students and faculty announcing three new rooms dedicated to lactating and breastfeeding mothers who are attending the college. The rooms, located in the Liberal Arts Building, Welcome Center, and on the Nursing campus, include sanitary wipes, a table and chairs, and other basic supplies for moms to use while feeding or pumping milk. Open during school hours, the rooms provide easy access to these supplies at any point they’re needed.

The e-mail’s subject line, “Important Legal Services Notification,” caught the attention of many at the college. The keyword “legal” suggested there was more to the story. Digging deeper, it was found that HFC was the subject of a Channel 7 Action News report back in October of 2015 after nursing student Ashley McPherson was reprimanded for pumping milk during class.

“When applying for the course, I did call the instructor and let her know I was breastfeeding and that I needed somewhere to pump,” explains McPherson, who agreed to be interviewed for this story. At that point, the instructor went on to assure her that she would have a place to pump.

Once in the classroom, McPherson again approached her instructor to let her know that she was breastfeeding and needed to pump. “She said there was nowhere for me to pump and basically I would have to pump in my car.” Her instructor later told her she could find security when she needed to pump, and they would help find an unoccupied room, or she was told she could pump in the restroom. Due to schedule conflicts, and not wishing to pump in a restroom for sanitary reasons, McPherson ended up having to pump in her car.

At one point, McPherson was pumping in the cafeteria during her lunch break. She claims many of her instructors saw her, and had no problem with the situation. McPherson then states when she was in class one day, she needed to pump. She covered herself fully and began to pump as discreetly as she could. Days later, McPherson was told to stay after class, and her instructor began to write her up. “There was no warning,” she claims, “I felt like a criminal.”

The instructor told McPherson, according to Tara Edwards from Channel 7 news, “I should have known not to do that, and ‘No, I’m not allowed to [in class].’” When McPherson’s case made TV news, the college issued a public statement: “We are very respectful of all of our students and work hard to provide a quality and accommodating environment for them to learn and grow.”

Michigan is one of 46 states to protect the natural rights of breastfeeding mothers. The Breastfeeding Anti-Discrimination Act in Michigan, which Governor Snyder signed into law in 2014, protects women from being discriminated against when breastfeeding or pumping in public.

On the federal level, in 2010, President Obama signed into law the Affordable Care Act, which allows working moms break time to pump milk. However, many women still feel discriminated against for choosing to breastfeed or pump publicly.

Last year, at Sinclair Community College in Dayton, Ohio, a woman expressed her displeasure with the college when she was not given access to a place to privately pump. She was also told by staff to pump in a bathroom or her car. The mother started a petition to ensure mothers of the college who are breastfeeding and pumping are given proper support.

While it is not known if HFC was responding specifically to McPherson’s complaint, based on research conducted for this story, not many colleges in Michigan offer lactation rooms, which are now available at HFC.

When I asked Ashley McPherson how she felt about the new lactation rooms at HFC, she said, “I think it’s a great idea. I fully believe that breastfeeding or pumping is perfectly fine. It’s upsetting that women, like myself, that are trying to do the best for their children and get an education are getting treated like they’re doing something wrong. I am all for [the rooms].”