For Whom is this Restroom? 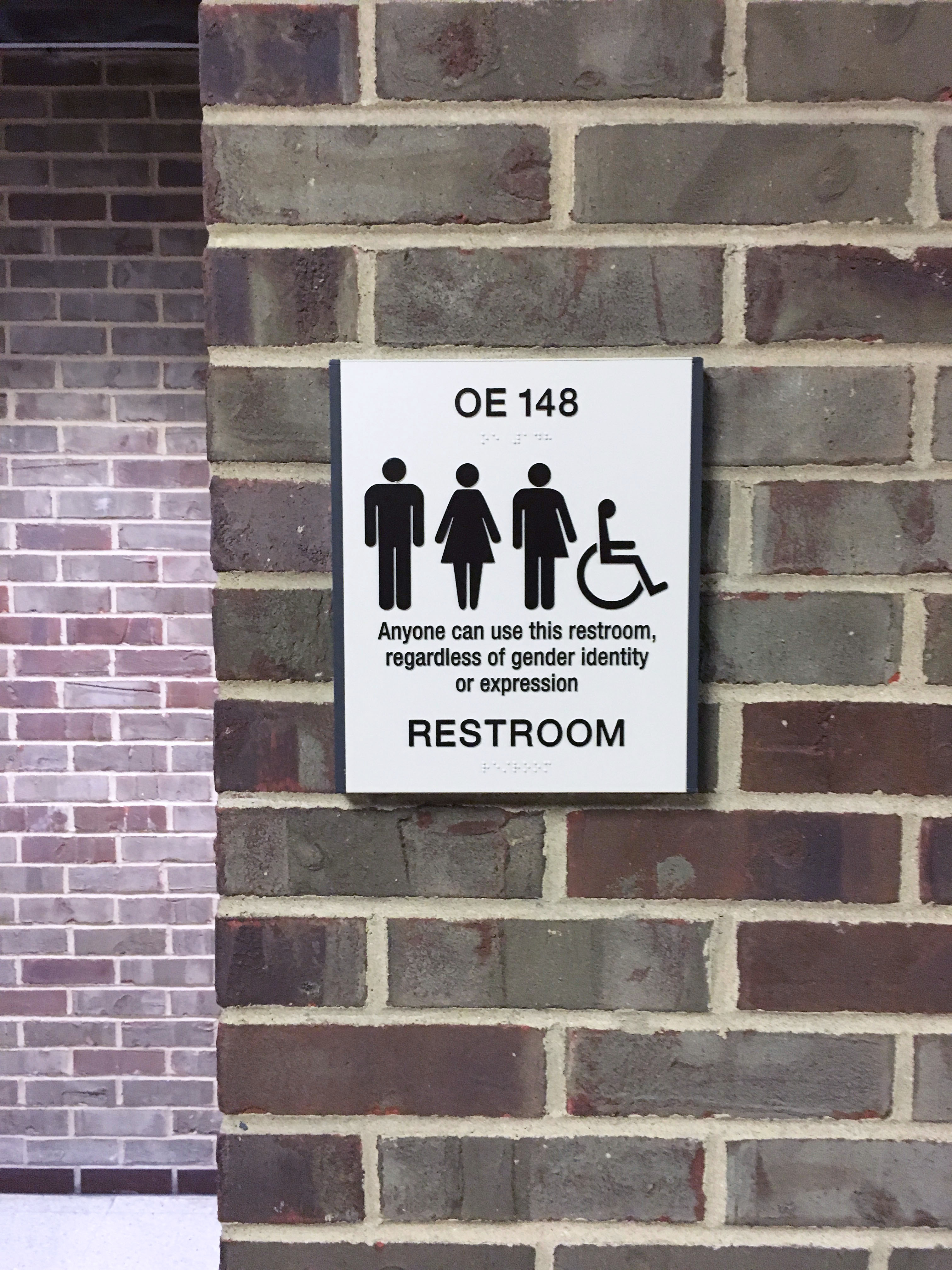 Since as early as 2012, colleges and universities across America have been installing what are called unisex restrooms on their campuses. A unisex, or gender-neutral bathroom, is a restroom that is designated for anyone regardless of their gender identity or expression. These bathrooms are inclusive of the intersex community, people who may not identify as either male or female, as well as the transgender community. A particularly important thing to remember is that gender-neutral bathrooms also serve as family bathrooms for people with children of the opposite sex, or anyone who has a mental or physical disability who may require assistance.

As of the beginning of the winter semester, Washtenaw Community College designated at least one unisex restroom in each instructional building. The decision to install these restrooms was spearheaded by an LGBTQIA (Lesbian, Gay, Bisexual, Transgender, Queer, Questioning, Intersex, Androgynous, Allies) student organization, WCC’s Out-space group. Generally, unisex bathrooms are a service-all, single-person bathroom, whereas WCC’s unisex bathrooms are converted former female only bathrooms with different signs.

Even before the college’s decision to implement unisex bathrooms, WCC was clearly making strides to addressing the topic of having inclusive facilities. WCC’s Vice President for student and academic services, Linda Blakely, wrote in a campus-wide email, “In the spirit of our commitment to diversity and nondiscrimination, any person on WCC’s campus may choose to use the restroom that corresponds to their gender identity.” Backed by Title IX, a federal law that protects students from discrimination in any federally funded education program or activity on the basis of sex, Blakely’s email supported these students and gave them the right to use whichever male or female bathroom they felt applied to their own gender.

Washtenaw Community College is not the only Michigan college to have implemented gender-neutral bathrooms. Many other organizations have or are in the process of installing gender-neutral facilities on campus. The University of Michigan Ann Arbor has a map on its website of unisex bathrooms on campus. Students are also given the choice of signing up for gender-inclusive housing. Portland Community College has had a student-led, collaborative project to establish all gender bathrooms on campus since 2012, and Harvard Law School has an ongoing initiative to integrate unisex bathrooms into their facilities. Even the White House designated a gender-neutral bathroom in the Eisenhower Executive Office Building just last year, where a large part of the staff and administration work and hold meetings. The movement to create an inclusive and safe space for students and staff is in its elementary stages, but it’s one that is slowly happening.

However, despite so many colleges in America taking the initiative to create a safe, inclusive learning environment for students as they are legally responsible to under Title IX and the Equal Protection Clause, the issue of accepting this change still exists. Just last February a 14-year old transgender student, who was born a female but now identifies as a male, filed a federal lawsuit against several Michigan school districts including Summit Academy North District, Wyandotte Public Schools, and Dearborn Heights Public Schools. The student’s attorney claimed that the school systems failed to create a safe and equal environment for the student, refusing to call him by his chosen male name or provide him with a bathroom facility, and failed to keep the student safe from bullying. Though the schools wanted to have the case dismissed, the Department of Justice filed a brief in support of the student’s case.

In Maine, the high court ruled that the rights of fourth grade transgender student, Nicole Maines, had been violated because she was made to use a staff bathroom, rather than being allowed to use the girls’ communal one.

In California, after the state became the first to pass a law that ensures transgender students equal access to activities and facilities consistent with their gender identities, a group called Privacy For All began petitioning for the Personal Privacy Protection Act. According to PFA’s website, this act would override California’s Co-Ed Bathroom Bill, and require that everyone use facilities in accordance with their biological sex, rather than their gender identity.

The overwhelmingly repeated argument used against legislation allowing students to use the bathroom they feel comfortable using, is this question: what’s stopping a man from dressing as a woman and going into female bathrooms to assault or harass women, or vice versa? Even former Arkansas governor and presidential candidate, Mike Huckabee, said in a speech just last year, as first reported by Buzzfeed, “Now I wish that someone told me that when I was in high school that I could have felt like a woman when it came time to take showers in PE … I’m pretty sure that I would have found my feminine side and said, ‘Coach, I think I’d rather shower with the girls today.”

However, the logic of this rebuttal assumes that the safety of women is more important, and not equal to, the safety of the transgender community. The truth is that gender-segregated bathrooms now don’t insure the safety of anybody using them, but they do endanger transgender students and alienate individuals who may not pass as the gender they identify with, as well as blatantly ignoring the entire existence of the intersex community. There’s no shortage of people or even organizations who do not support the belief that people should use the gendered bathroom that correlates with their gender identity, but there’s a clear shortage of basic understanding of the topic, largely because of how far-reaching and complicated the issue really is. The growing dialogue surrounding the issue of building gender-neutral bathrooms is one that will inevitably lead to questions about what it really means to be accepting and supportive of all students regardless of their gender and how they choose to express it. How can colleges begin building campuses reflective of that conscious acceptance?

While the debate over gender-neutral bathrooms is still generating controversy, their installment on campuses reflects both student and administrative bodies sending the message that everyone, regardless of the bathroom they choose to use, is openly acknowledged and recognized, and respected by the institution and the people in charge of it. The very fact that universities and colleges are taking initiative in regards to this issue and having a conversation about it shows students are not taking this matter sitting down.