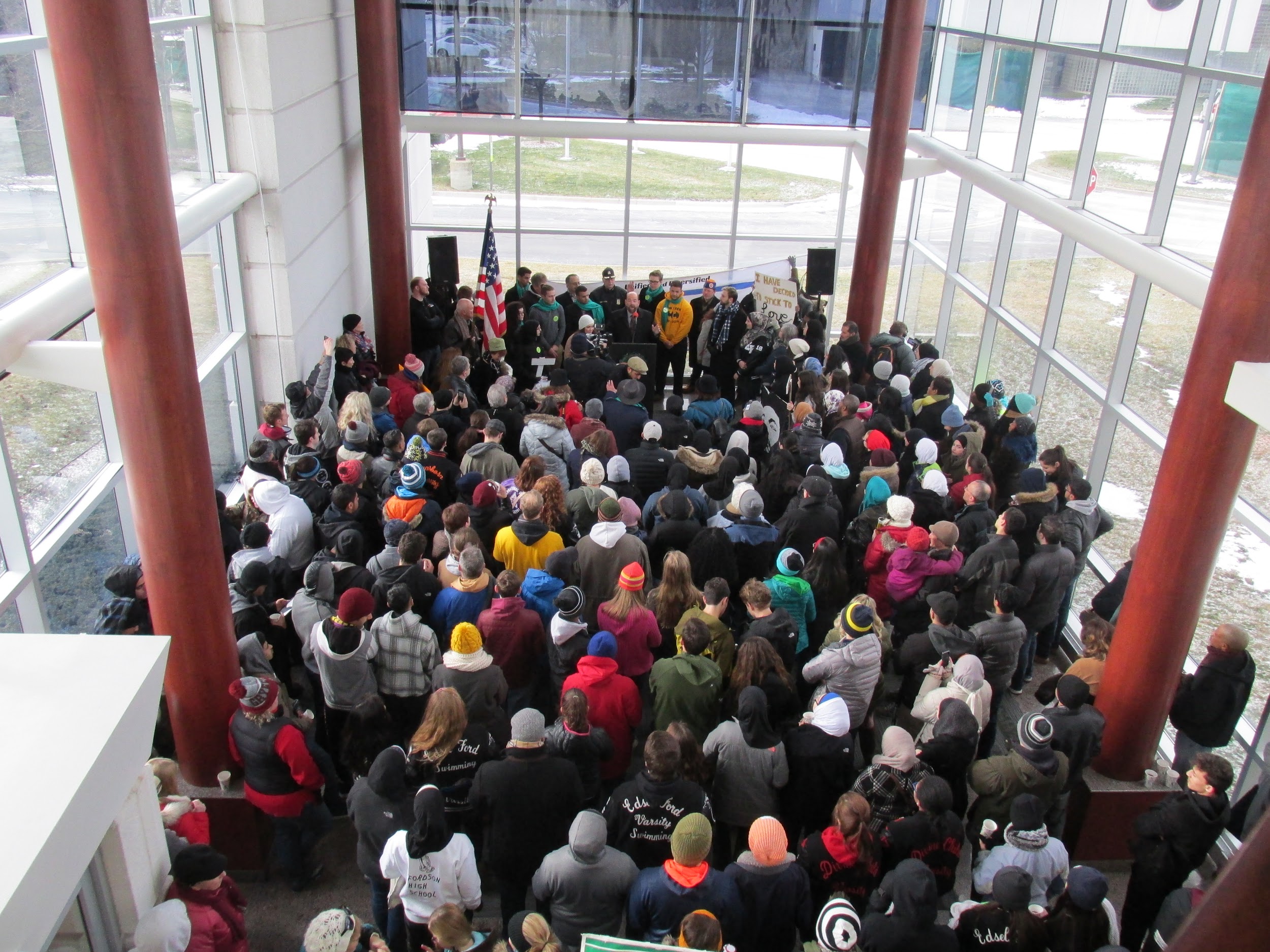 Martin Luther King Jr. Day is a national holiday that commemorates accomplishments that civil rights activists have made in working to eradicate racial discrimination and advocate for black rights. To this day, millions continue to view Dr. King as one of the nation’s greatest role models after learning about his speeches and inspiring actions. Millions are still motivated to make a difference by his legendary “I Have A Dream” speech, which is taught in schools. He is a role model to activists and everyone else.

High school students from Dearborn High, Fordson, Edsel Ford, and Divine Child organized a march on January 18 to show how Dearborn truly represents Arab Americans and Muslims. The march was dated on Martin Luther King Jr. Day because of the connection that Arabs feel with African Americans who know what it is like to be outsiders in their own country when it comes to skin color and racial identity. Dr. King marched for equality and unity in the face of hate crimes.

The event was advertised heavily through social media and by word of mouth amongst high schoolers, attracting teachers, parents, and students in the area. A crowd of people gathered to march from the Henry Ford Centennial Library to the new Dearborn City Hall on Michigan Avenue. “Unified. Diversified,” was the chant called into the frigid air by whites, Arabs, Hispanics, blacks, and other inhabitants of the city of Dearborn. Marchers sought to educate others in surrounding communities about Dearborn and its various cultures of different backgrounds.

Superintendent of Dearborn Public Schools, Glenn Maleyko, and Mayor O’Reilly of Dearborn each delivered speeches emphasizing the importance of unity of this multiracial and diverse community. The event’s high school organizers also spoke out to influence the young crowd on contradicting the many false stereotypes of Muslims and Arabs in the city of Dearborn. Michigan’s State Representative Debbie Dingell also showed her support of the movement by stating that, “the youth can make a difference and should early on in their lives.” Brian Stone, a columnist for the Huffington Post and Democratic Candidate for State Representative, also offered his support at the march by engaging with high school students and youth-led organizations to talk about volunteering opportunities that would better the students involved and their community.