A Place to Pray 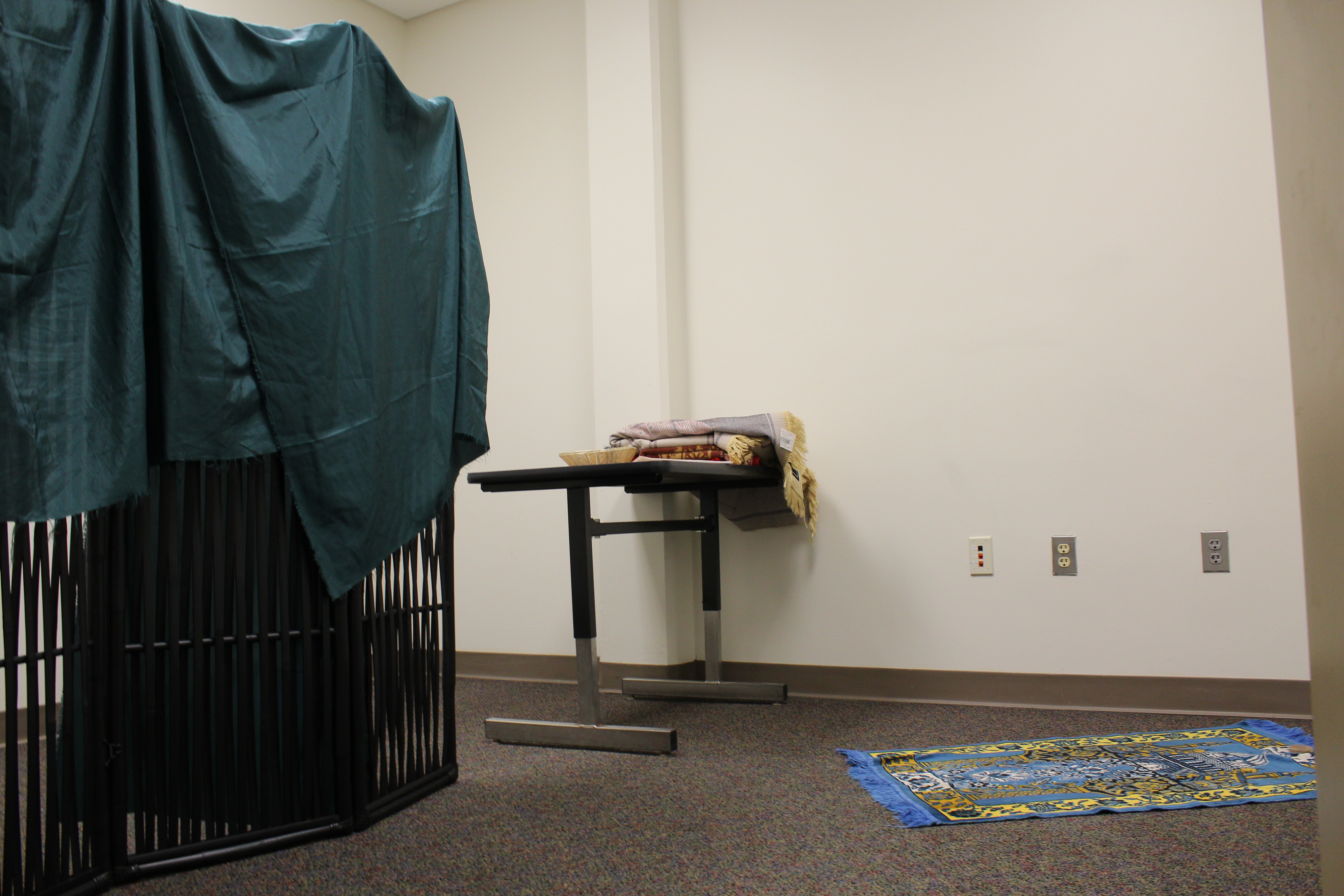 While many colleges and universities provide students and staff with adequate prayer space, at Henry Ford College, finding places to pray has been met with difficulty. Some religions require prayer several times a day. For students with busy schedules, it is important to have a safe and convenient location to practice their religions. Cassandra Fluker, HFC’s Director of Student Activities, states, “Since the 9/11 tragedy in the United States, the issue of prayer on campus has become an intense topic at Henry Ford College.”

Prayer spaces and meditation rooms are not just restricted to Muslim students. While many religions do not require daily prayers, meditation rooms offer students quiet places for reflection, as well as group prayer. At Wayne State University, Catholic students are able to utilize the Newman Catholic Center. This center is available for students and staff. According to the Wayne State University website, the goal of the prayer hall is to, “provide a comfortable place where [students and staff] can come to pray, have a bite to eat, rest, join in interesting conversations or even play some ping-pong.” The Newman Catholic Center also holds daily Rosary Mass.

In the Islamic religion, followers are required to pray at five specific times during the day. Because of a need to meet religious obligations, students pray in hallways, in the library, under stairways, and in classrooms. This practice, however, is seen as inappropriate by the college and some of its students. “I was praying near the wall in a somewhat isolated area in the library when a staff member approached me mid-prayer and threatened to call security if I do not stop praying. Unfortunately for [the staff member], I did not comply with his request and continued on; however, upon the completion of the prayer, he demanded that I leave the library,” says Mohamad Alhalabi, HFC student and president of The Muslim Student Association, who goes on to say, “Muslim individuals fulfilling their prayers is an action involving peace, submission, tranquility, and humbleness. It does not, in any way, fall under the criteria of menace and vulnerability and it should not be translated to that meaning.”

One argument against students praying in places like these is doing so jeopardizes safety and security. According to Dr. Lisa Copprue, Vice President of Student Affairs, places like the stairwells are unsafe, since they are not well monitored, and students are vulnerable. It is also against the college’s fire code and could lead to students accidently being trampled in the event of an emergency. As for praying in public spaces like the library and classrooms, Dr. Copprue also explains, “when we have thousands of students, they will have competing interests and demands. We have to be resolute in terms of being consistent about how a space is being utilized.”

While HFC has provided several temporary locations to pray and to meditate on campus, due to limited space and noise, they may not have been adequate. Students were, at one time, allowed to pray in room G-333 but that solution was only offered temporarily since it became a lab space for the Ophthalmic Technician Program in December 2008. Once that prayer space closed, students were left, again, without a place to pray.

Another place the college provided for students to “meditate” was in the Club Room, M-109, located in the Student and Culinary Arts Center. There was a partition which allowed for gender separation.

Still, not all students were aware this space was available, and because of the room’s small size, it was not openly announced to the student body. With the continuous increase in club activity, the room was no longer large enough to accommodate the many students, and so the act of prayer was no longer allowed to take place there. “Students who do not pray in the room feel it is an inappropriate area for the activity of prayer. Students who visit the room to pray, complain about the volume of noise and the fact that normal activity does not cease for prayer,” says Fluker.

Prayer spaces are available on the third and fourth floors of the library at U of M Dearborn, and there are eight designated meditation centers at U of M Ann Arbor. Lawrence Technical University also has a room designated for prayer. “It’s very important for me to have a meditation room at school, especially since I’m there for so many hours during the day. It makes me able to pray on time,” states Futun Alhamed, full time student at LTU.

At campuses such as Michigan State and Carnegie Mellon University, in addition to prayer spaces, Muslim students are also allowed to hold a Friday prayer on campus. Having meditation rooms and other rooms designed for prayer at colleges is not a new practice, though HFC has still faced difficulty in finding a remedy for this situation.

According to Vice President Copprue, “This is a public institution where we have to separate church and state, but we do value student wellness....We cannot utilize tax money for religious purposes, but because it is a priority, we have been doing everything we can to find a balance.”

Recently, a new space has been offered as a solution. It is located in M-111 in the Student and Culinary Arts Center near the Office of Student Activities. Hearing of the new meditation room, Dustin Cehaich, member of the Inter Varsity Christian Fellowship, states, “I think it’s really good to have a separate spot where people can go to shut out the noise.”

The new meditation room contains a divider to provide gender separation, and privacy; however, its small size and the room’s location raise concerns for noise pollution, overcrowding, and security. Since the room has a full metal door and no windows, it will be difficult to insure safety.

The room will be monitored and it will be open only during specific hours. During evening hours, students must contact Campus Safety to use the room.

“While the ideal location hasn’t been found, there is still hope that HFC is looking into creating a more appropriate prayer space, one that is in an open and quiet area with glass panels, and easily monitored,” says Fluker.