Love is in the Air, or is it Oxytocin? 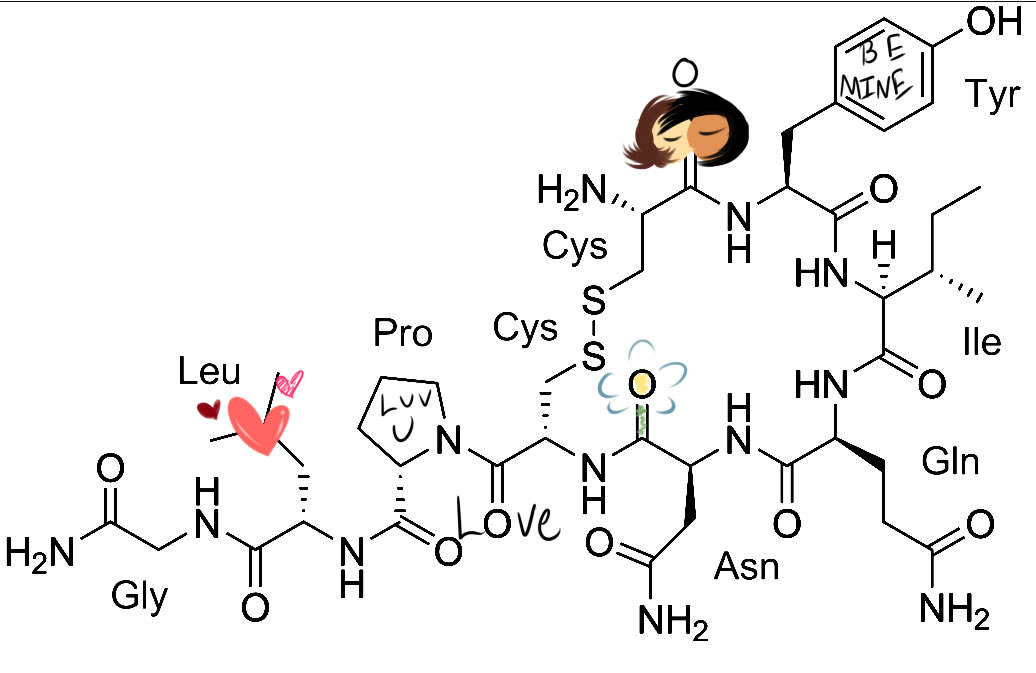 As the time of year approaches where love and romance seem to saturate all facets of life, one wonders, what is love? While there is much debate over the definition of love, scientists believe that the feeling may be caused by the hormone oxytocin (OT). OT is responsible for many functions in the body ranging from its role in childbirth to the release that occurs when snuggling or while bonding with other people. Scientists have recently been researching its role in romantic partnerships. Oxytocin is commonly referred to as the “love hormone” or the “cuddle hormone.”

Oxytocin was originally known for its role in reproduction, causing contractions during labor and shrinking the uterus after delivery. OT also plays a role in breastfeeding - when a child begins to breast feed the stimulation triggers oxytocin which then signals the body to release the milk. OT is also a major catalyst in parent-child bonding. A study done in 2007 found that mothers with higher levels of oxytocin while pregnant felt more bonded with their child after birth, and a study in 2013 found that fathers spent more time with their babies after receiving a burst of oxytocin through a nasal spray. This kind of hormonal response is not one-sided, as studies also show that infants experience a rush of oxytocin after close interactions with their parents, helping to form bonds on both sides.

Researchers have found that OT plays an important role in forming bonds between new couples as well. In studies conducted at Bar-Ilan University in Israel oxytocin levels were reported to be twice as high in people in relationships than in their single counterparts. When researchers interviewed couples, those with higher levels of oxytocin were reported to display more affection during the interview including gazing and physical touch. OT levels are said to be especially high during and after intimate acts between partners such as gazing, touching, cuddling, kissing, and sex. Scientists believe these activities increase emotional investment and strengthen the bonds between individuals in a relationship. Although scientists have discovered a connection between bonding activities and oxytocin levels, they are not sure if heightened oxytocin levels are a result of the bonding or visa versa.

This love hormone has been linked to some of our strongest emotions, stemming from life’s most pivotal moments. It aids in forming strong bond between parents and their children and in deepening the love one feels for their significant other. So while celebrating love this Valentine’s Day, remember to be grateful for oxytocin, the hormone at the center of it all.