Superheroes of the Night at Cranbrook 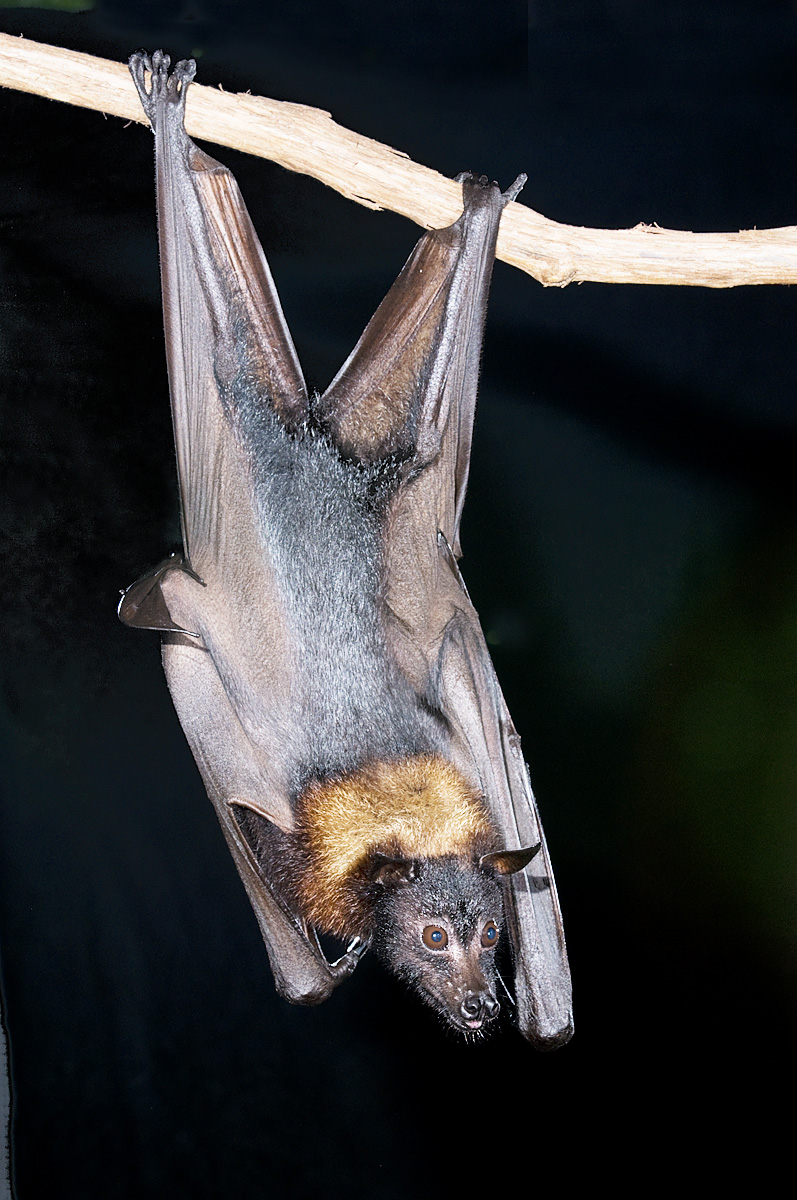 When the mango plants need pollinating; when the insect population is out of control; when the rainforest is being destroyed; who you gonna call? The Bats! Bats: Super Heroes of the Night is an exhibit at Cranbrook Institute of Science open September 26, 2015 - June 9, 2016. The exhibit highlights bats’ crucial role in the environment as well as the threats they’re facing as a species and adds a super hero/villain spin to their struggle, making it easier to understand.

Winged Cyclone, the leader of The Bats, represents the world’s largest species of bats, The Malayan Flying Fox. These amazing creatures have a wingspan up to five feet long, and live in Southeast Asia where they pollinate and eat several native fruits, such as mangoes and bananas. The Bats’ second-in-command is New Dawn, a Straw Colored Fruit bat found in central and sub-Saharan Africa that is crucial to reforestation. The last member of the team is Dark Echo, inspired by the American native Pallid Bat. Dark Echo is the only member with the power of echolocation and is crucial to insect control throughout North America. All three of these bat species can be found at Cranbrook’s own Batzone.

Together The Bats fight The Cartel of Chaos, based off the major threats to bats around the world. The Cartel of Chaos is made up of three villains: Lady Poison, Invader, and The Blight. Lady Poison and her pesticides wreak havoc upon a myriad of wildlife including bats and devastates not only the environment but food supplies and human health. Invader is probably the most lethal threat to bats in the US, using White-nose syndrome to wipe out 6 million bats. White-nose Syndrome is an invasive fungi from northern Europe that eats away at hibernating bats. Last is The Blight, an evil robot bent on destroying all wildlife. The Blight represents habitat destruction, the largest threat to bat populations worldwide.

The comic-like exhibit has many interactive features and includes live bats. Designed for children, the exhibit does wonders for erasing the myths surrounding bats while teaching attendees about the threats facing these Superheroes of the Night. Like most Cranbrook exhibits, Superheroes of the Night both entertains and informs. It allows children to complete large scale bat puzzles, watch videos, and draw bats as they wander through the display. On the far end of the exhibit are several cages that hold alternated species of bats.

As I moseyed through the exhibit, I watched other onlookers for their reactions. The children seemed enamored, in awe of the new superheroes in front of them. One enthusiastic little boy exclaimed to his mother, “Mom, next year I want to be a bat for Halloween!” At the same time, two young men watched fascinated as one of the vampire bats on display flew around the cage. The reception was overwhelmingly positive and as a long time bat enthusiast, I couldn’t help but smile knowing that these Superheroes of the Night are finally getting the recognition they deserve.