Protest Against U.S. Aid to Israel 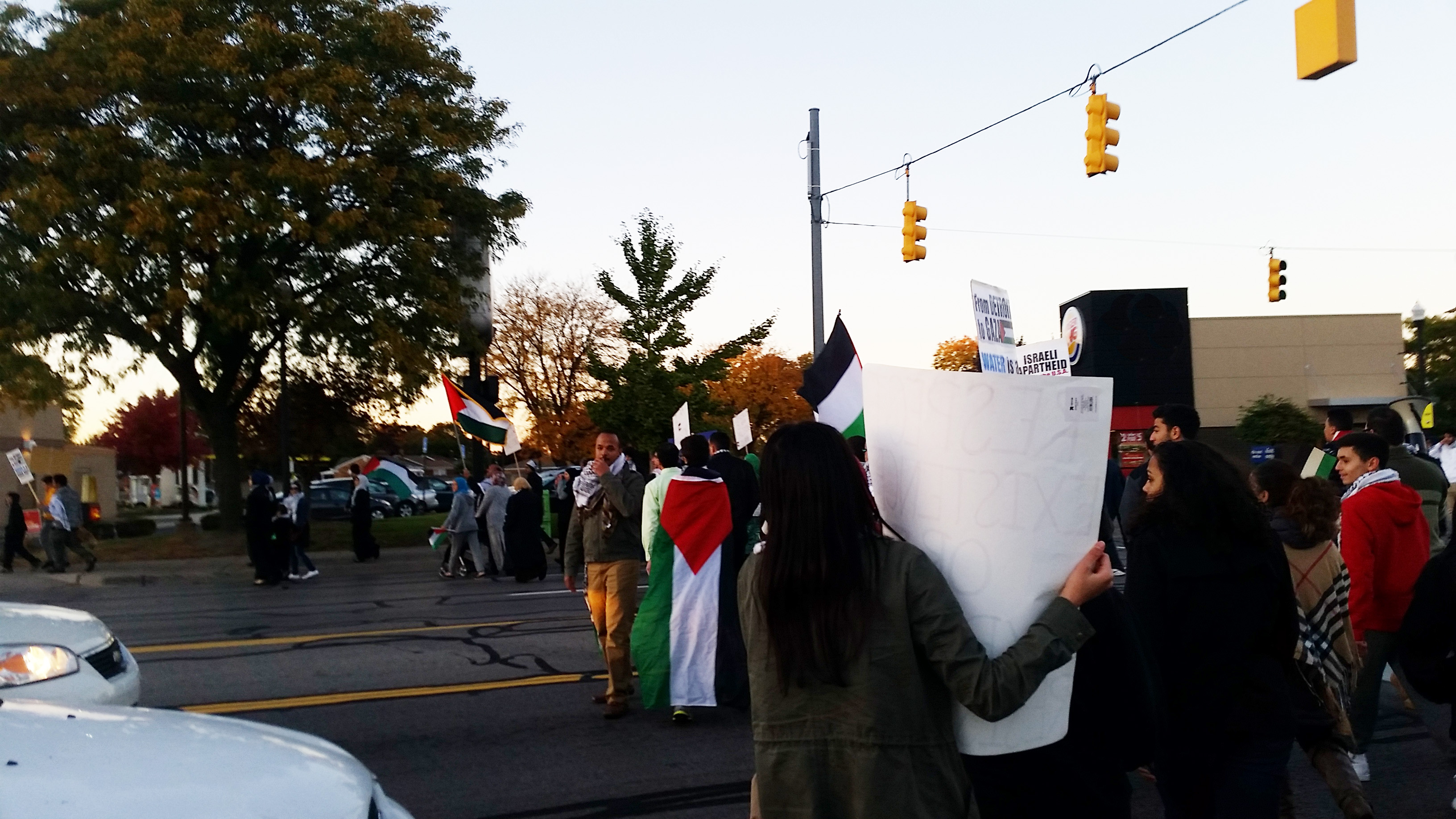 Violence erupted last month in the cities of Hebron, Ramallah, Bethlehem, Jerusalem, and others that make up the West Bank. Nearly 70 murders took place during the month of October in Palestine, including civilians and children. Palestinian youth masked their identities and expressed their frustration through riots taking place on the remaining piece of land that they can still claim.

Viral videos about the recent violence were seen worldwide during this gruesome and dreary month contributing to American protests. Major cities around the nation organized demonstrations during the same weekend to demand the boycott and divestment of Israeli goods in protest of Israeli occupation and claims of inhumane and internationally illegal acts. Conflict between Israel and Palestine has been going on for 67 years still with no resolution.

On October 18, Palestinian activist Abbas Hamideh and a few others led a protest in front of the Henry Ford Centennial Library. Muslims and Arabs from different backgrounds took a stand alongside numerous protesters from the Hispanic, Black, and White communities of Dearborn to show their support for the people of Palestine. The crowd was a vibrant and diverse one that held a mutual belief in the same mission: to end American aid to the state of Israel. For these few hours, our individual identities took a back seat and we became merely humans mourning and fighting for other humans.