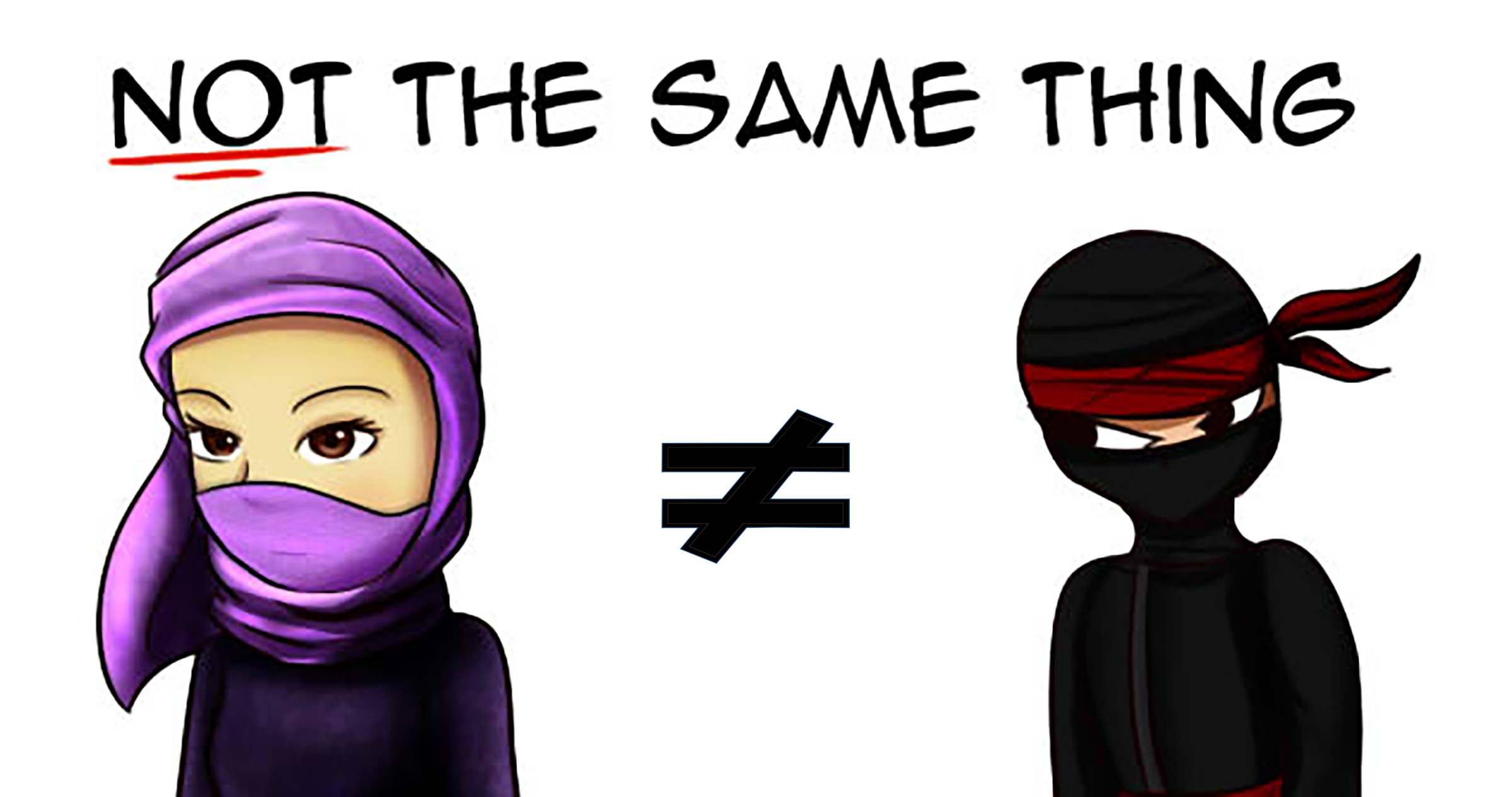 Scarfie. “Scarfie” is a term that some people use to describe Muslim women who wear scarves on their heads. Don’t call them that, it’s a racial slur. The scarf, or “hijab,” (hee- jab) is a religious adornment that a Muslim woman wears once she reaches puberty. It represents her submission to God as well as her modesty and her respect for her community. When a woman covers her beauty, it emphasizes her good character. I like to think of it as a way of contributing to society.

Why do they wear it? As mentioned above, submission to God is one of the pillars of Islam that a Muslim person follows. The word “Islam” literally translates to “peace.” Believe it or not, there is a sense of peace when putting a scarf on. It means a woman has covered her beauty and any possible shame without making any sacrifices. It is a way to fit in socially, just like the type of professional dress a lady would wear in the office versus the kind she would wear to the club. Like the saying, “You are what you eat,” the same goes with what you wear.

Do they ever take it off? Yes, we have to shower somehow! To make it easy to understand, there are a few people who can see a Muslim woman’s hair:
Other women, her husband, father, brothers, grandfathers and uncles. That’s it, basically immediate family members. There are a few exceptions to the rule, but those are the basics. By the way, we take them off once we get home.

What happens if someone else sees their hair? Absolutely nothing. There isn’t a scarf ninja master that comes down to rein upon “the showing,” although that would be cool.

Aside from being a religious matter, showing hair is not to be judged by anyone but the woman. We’re not supposed to take it off, but it’s ultimately the woman’s decision. If you see a woman who has taken it off, you should ask her about it, no one else.

The ninja. You may have seen some women who have covered almost their entire faces, which is basically the next level of female modesty. You can think of it as becoming a nun. it’s a holy responsibility to take on. Although it can be a little strange to see only the eyes, have no fear. They’re not doing it to upset you. It isn’t easy for a lady to cover her beauty, but she does it for God. Guys, would you drape your muscles?

What about the guys? Women have a beauty that is considered almost hazardous. A woman’s hair, body, and scent will attract more attention than those of a man. Women have to be protected more, which is why they wear long dresses and cover themselves up. It doesn’t mean that they are being socially suffocated. Even men have limitations! They have a standard code of modesty in the way they dress as well as in their character. They don’t stare at any woman or engage in premarital relationships. They are to show women the utmost respect. Whether or not those rules are being followed is up to them, I know I’m doing my job.

Were you forced to put it on? No. The hijab is a choice that I and most others have made entirely on our own, which means that we can make independent decisions!

Many seem to confuse humility with oppression in Muslim women. I could go on a long rant about the real oppression in the advertising or television industries, but here is the basic idea:

You have a rare gem. You can either sell it for the whole world to see, or privately admire the beauty you worked hard for. It’s up to you.

Society has the confused belief that to be appreciated as a woman, you must show that you are a woman. This ideology has resulted in insecurities, eating disorders, gender biases, and even violence. Your brain is the best part about you, and it doesn’t tan, wear makeup, or wear shoes. This goes for every misunderstood woman out there: the complexion of your character is more beautiful than your face.

Are Muslims terrorists? Islam = Peace. If all Muslim people were terrorists, most of Dearborn would’ve been obliterated by now.

[Insert ignorant question here.] I encourage questions and I have heard almost all of them! But before we jump to conclusions, first think about the human you’re talking to. Unless you’re Peter Pan and the Lost Boys and know nothing about modern civilization, ignorant questions like, “Do you hold bombs under your scarf?” are not appropriate. We must understand that culture and religion are completely separate from media. They’re basically in different galaxies. What goes on in one world may not be the same in another. Always proceed with caution and keep an open mind when associating with anyone of a different religion. You never know what you might learn!