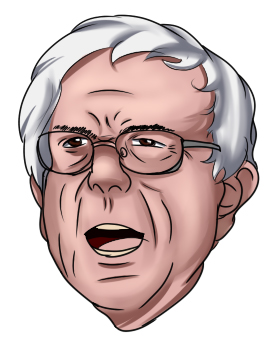 Major press coverage of the Democratic Party has unsurprisingly included former Secretary of State Hillary Clinton. Some of the expectations that I had of the debates strictly concerned political bouts and witty retorts between Senator Bernie Sanders, who has gotten next to no media attention, and Hillary Clinton. I expected Martin O’Malley, a governor hailing from Maryland, to be constantly fighting for attention, but the TV cameras remained almost solely on Hillary Clinton. Ashamedly, I had no idea who Jim Webb or Lincoln Chafee were, and the former has recently announced that he will be dropping out of the race and may possibly consider running as an independent. Both of these men, while boasting about their accomplishments during the debates, really showed that they had nothing to offer to the conversation that spanned issues that are in need of serious attention.

The debates went as expected, in my opinion. Hillary did well, in regards to knowing the exact questions she was going to receive regarding the political scandals she is facing, such as the attack at the U.S. Embassy in Benghazi, Lybia, in 2012, and the email scandal that adversely affected her poll numbers this summer. What was unexpected, however was the response to Bernie Sanders, who during the actual debate, not only drew the attention of the crowd but seemed to pull punches when it came to Hillary, which the media surely used to their advantage. During the course of the debate, it seemed as if the former Secretary of State didn’t really have a direct answer to some of the talking points such as her political wavering on issues like gay marriage or her indecisiveness concerning the Keystone pipeline and the controversial trade deals that are surrounding Congress at the moment. At one point during the debate, she simply stated that she was going to bring change to the political structure of the United States of America by simply being a woman. Now, I am a firm supporter of the representation of all groups—including women—in positions of power, however, simply being a woman in politics doesn’t change the political dynamic that currently exists.

The aftermath of the debate was nothing if not appalling. In the viewer polls, conducted by CNN, who also hosted the debates, Slate.com, and Time, it had seemed as if Senator Bernie Sanders overwhelmingly won the debates. Winning by stunning margins like 34 percent in Time Magazine’s poll and Slate.com, whose poll reads that Bernie Sanders won the debates by the vast majority of 76 percent, with Clinton getting 17 percent of the vote, Webb coming in with 4 percent of the vote, O’Malley with 3 percent of the vote and Lincoln Chafee earning only 1 percent of the vote; even the focus groups hosted by CNN, post-debate, said that Bernie Sander’s message of income inequality and democratic socialism had actually resonated with them as voters and they were actually considering voting for him. In addition to consistently ignoring anything having to do with the Bernie Sanders campaign, CNN has received criticism—although not as much as one would think—for not only removing the poll that didn’t fit the false narrative of Hillary dominating in the debates, but also for adding the “Political Prediction Market” that doesn’t substantively measure anything. It should be also noted that Hillary Clinton’s campaign receives funding from CNN and affiliates, which could be the reason behind the ignorance surrounding Bernie Sanders’ candidacy.

So with the statistics shown, you would think that the media, particularly CNN and other news media, would at least list Bernie Sanders’ as a contender to Hillary Clinton’s campaign, right? Well, you—along with a lot of Sanders’ supporters—would be wrong. The headlines read, unanimously, that Hillary Clinton dominated in the debates, barely even mentioning Sanders’ performance, save for his input on the Clinton email scandal where he articulates the frustration that not only he, but a large majority of the American people, have had regarding Clinton’s email scandal and the coverage on it. Beyond that minute moment in time, Sanders’ has once again been shoved to the background.

So why is this dangerous? For a presidential contender who has an extensive background in civil rights and actually promises change for the American government to receive no press at all and simply be discredited based on the misinterpretation of his governmental stances, is an outright disgrace upon the media machine. I implore readers to watch the debates and develop their own opinions about the presidential candidates, and to also keep in mind that the corporate media machine also has a Clinton bias and is not fair in its coverage of all presidential hopefuls. Before accepting the idea that Sanders is “unelectable” because of his demeanor, his personal appearance, and political ideology, remember the fact that America is excited about Bernie Sanders and we would be making a huge mistake to count him out of the race just yet.