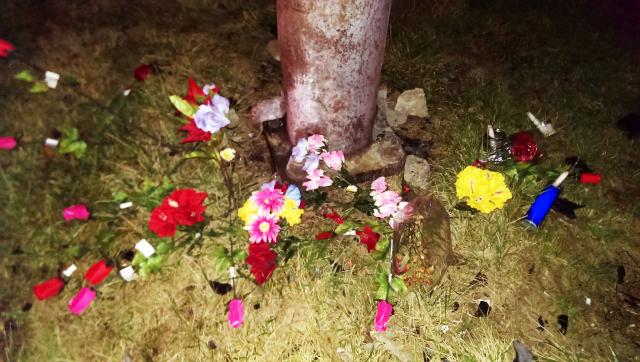 Due to its status as a no-fault state, Michigan now stands as one of the most expensive states in the country to get insurance in, with the average policy being on the border of $2500 to $5000 annually. With exorbitantly high insurance premiums, many residents come to the conclusion that insurance isn’t worth purchasing, which makes it even more expensive for those who do have it. According to findings by Michigan Secretary of State Ruth Johnson, 16 percent of drivers in Michigan have fraudulent insurance documents.

Although the no fault status, fraudulent policies, bad weather, bad roads and several other contributing factors play a part in our insanely high insurance prices, one other piece of this puzzle may put it all together. Accidents.

Being a resident of the outer edge of Dearborn, I see dozens of accidents monthly, each to varying degrees of severity. These accidents can be caused by a myriad of things including reckless driving, disobeying traffic laws, speeding, weather conditions, driving under the influence, and faulty or damaged traffic equipment and signs. As previously stated, driving in the Dearborn-Detroit area is a terrifying experience for anyone who does it on a daily basis and sees the unbelievable volume of car crashes due to reckless driving alone.

Four blocks from my home on the night of September 11th, a fatal accident occurred involving a young man, and recent high school graduate, whose name I’ve chosen to omit out of respect for the family. Witnesses and civilian first responders at the scene of the crash claimed that the driver was going at an extremely high speed, some stating 80 plus MPH on Paul Street right on the Dearborn-Detroit border, though this speed has not yet been confirmed. A pedestrian was hit, causing the young driver and passenger - his younger brother - to spiral out of control. The subsequent impact into a pole was so forceful that the engine of the vehicle flew out several meters away, right to the middle of the Greenfield Road and Paul Street intersection. The driver died shortly after the accident, while the passenger and the victim who was hit both sustained injuries but are still alive.

Adding fuel to our perpetual fire, another accident happened just over a week later on September 20, at the exact same intersection. This one was caused by a blatant disregard for traffic laws which led to a collision between two vehicles. Luckily, both drivers walked away relatively fine but the memorial set in memory to honor the young man who died at that same spot only a few days earlier was destroyed. A small, well maintained collection of flowers and candles, likely set in place by the family, was tattered and ruined with the debris and wreckage of another accident, making this symbolic.

Driving in our city is undoubtedly dangerous because people make it so. Each and all of us have those friends who are known to drive recklessly. To understand why people drive this way, I decided to ask my own reckless friends what they thought on the dilemma. First, I simply asked them, “Why do you choose to drive recklessly?” Answers were not greatly varied and for the most part, they stated that they did it for the rush, enjoying the adrenaline spikes that come from driving at wildly high speeds. The next question I asked was “Do any of you ever fear the repercussions, such as injuring someone or getting into an accident?” The answers this time around were different depending on the person. One feared police action and the prospect of losing his license or paying expensive tickets more than any other possible side-effect of driving carelessly. Another friend claimed he was fully confident in his driving, so much so that he feared no backlash of any kind. And as my final question to the small group of friends, I asked “Is it worth it?” and, almost in unison, I heard “Hell yeah.” For reckless drivers, it seems, driving fast is more important than driving safely.