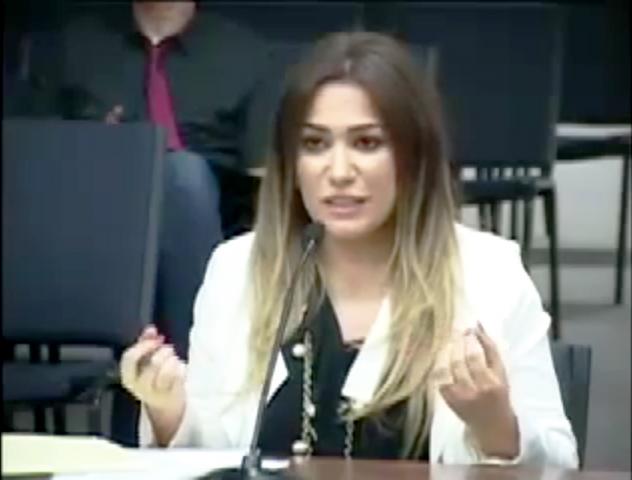 Henry Ford College and Dearborn Public Schools are governed by the same entity: The board of trustees. The trustee board is responsible for appointing officials to the college as well as expenditures. This summer, president of the board, Aimee Schoelles, stepped down after fifteen years of service. This left a vacancy that needed to be filled within thirty days of Schoelles’ resignation, otherwise, the decision would have to be made outside of the district - an undesirable outcome. The interview process was done publicly and can be viewed on Dearborn Public School’s YouTube channel. As a part of the Freedom of Information Act, transparency is a welcome requirement for the conduction of the Board of Trustees’ business.

When Schoelles began working on the board, she recalls two hours of complaints at every board meeting. When a citizen has a complaint they can fill out a “blue card.” This allows a person to voice their concern to the board and attendees for three minutes during a meeting. In the past, “deals were done behind closed doors.” Schoelles explains, “Current transparency has improved our efficiency. (Now) the district is in a good place.” There were no blue cards pulled at the last board meeting I attended. The hours of video online, and the free ability for anyone to attend the meetings, seem to have eliminated much of the secrecy. Not only did interviews occur in public, but so did the board’s deliberation process regarding who to elect.

I have attended one of the interview sessions. Current president Roxanne McDonald announced at the opening of the meeting that the board was in “uncharted territory”. Schoelles’ term was not complete and her departure was unexpected. This means that whoever will be elected would only hold the position until the next general election in December of 2016. At this point, the selected candidate could re-apply for the position.

Interviews have a tendency to be uncomfortable. As a prospective employee, one wants to present their best self. Now, imagine twenty strangers sitting in and cameras all around. Fadwa Alawieh was the first to interview. Thomas Wall, Kassem Allie, Pamela Adams and Michelle Audia followed Alawieh. I was not completely clear on the questions being asked, nor could I follow most of the answers that were given. Though, I did pick up on the discussion surrounding the integration of district high-school students with college students. One applicant suggested that the college students could make cards for veterans with the high-school students. Some sort of bonding experience…I don’t know.

Many of the candidates had lengthy experience. Some had previous board experience or public school administration experience. Several of the eighteen candidates interviewed had applied and interviewed for similar positions in the past. With some of the suggestions they presented, I wondered how connected they were to the students at both the high school and college level.

Schoelles was in her twenties when she joined the board. She had a son in elementary school and was taking classes at Henry Ford. My assumption was that one had to be much older and experienced to participate in local politics.

“I got sucked into the realm of politics in Dearborn,” Aimee states. When her son was placed into a crowded thirty-one student classroom, she began attending board meetings to see what could be done. She recalls a lengthy process filled with bureaucracy and disappointment. “Ignorance really is bliss. Once you learn what is going on in your community it is hard to not try to do something about it.”

Schoelles is overall satisfied with the work she has been able to do for the district. She is especially proud of Dr. Stan Jensen’s leadership in directing HFC out of a financial crisis. She reports negligent money management by the previous president. Upon research, this included inflation in the number of enrolled students and the spending of these fictional students’ imaginary money. This meant things would get purchased and paid for that could not be afforded by the college.

I ask Schoelles about her political future. “It’s been my home for over twenty years. Fifteen on the board. The future? I don’t know about politics, but my heart and soul is in Dearborn.”

“Aimee had great, big shoes,” board member Miriam Bazzi states as she casts her vote for Fadwa Alawieh who wins with a total of three votes. After the votes are cast, the board members plead the case for their candidate – or against another. This is all such an interesting process to see take place. A conversation that would normally demand privacy is done out in the open. The three board members who voted for Alawieh defend their choice. The others are blunt about why they didn’t.

A big problem I hear voiced by the newer generation of voters is a feeling of cynicism and apathy when it comes to their role in politics. Sitting in on the political process at the local level and hearing Schoelles’ story demonstrated that a person could effect change. If one wants to participate, it is very simple to get involved. I was free to walk in and out of these meetings as I pleased. And just when I thought I had gotten the full story from one person, I interviewed another and got an equally believable but opposing perspective. Attending these meetings and getting to learn a little about the politics of Dearborn, I was able to feel the pull into the political that Schoelles described. If Hillary Clinton’s Instagram posts with Kim Kardashian or Donald Trump’s carnival of offensive tweets have made you feel helpless in the political process, perhaps a local board meeting will reveal a place for your voice to be heard. Again, Schoelles was a student when she was appointed to the board.