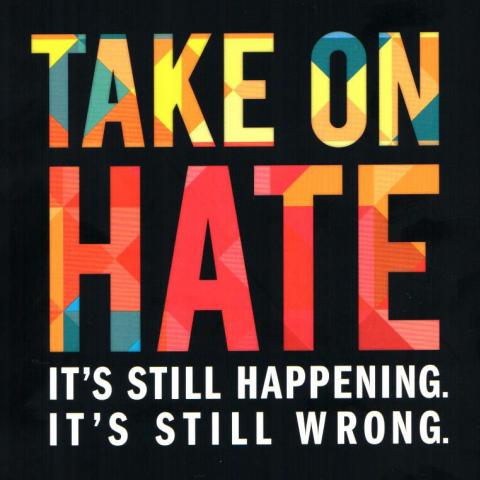 On May 18, the Young Democrats, a club at HFC, invited Shaffwan Ahmed, a communications specialist for ACCESS, to come in and speak about Islamophobia and what needs to be done to address it. According to accesscomunity.org, ACCESS (Arab Community Center for Economic and Social Services) is a local nonprofit founded in 1971 in the south end of Dearborn, with an original objective of helping Arab immigrants adjust to living in America.
One of the projects ACCESS has taken on is the “Take on Hate” campaign, which Ahmed spoke about during the meeting with the Young Democrats. In reference to takeonhate.org, the campaign was launched in 2014 after the National Network for Arab American Communities “led a series of community meetings across the country to gain insight into what issues were most pressing based on their local experiences.”

Islamophobia, in relation to Gallup is “An exaggerated fear, hatred, and hostility toward Islam and Muslims that is perpetuated by negative stereotypes resulting in bias, discrimination, and the marginalization and exclusion of Muslims from social, political, and civic life.” In accordance with Ahmed, “Islamophobia has gained more momentum in our society because of the misrepresentation of a faith in different aspects of our life, much like the way anti-Semitism affected people of the Jewish faith.”

With “Take on Hate” in mind, Ahmed continued, “Speaking to different groups and organizations, it allows us to start a conversation and discuss the issue that a group or community might face that another neighboring group or community is completely unaware of. It also helps dispel the misinformation that a person was exposed to with that simple dialogue so it’s very impactful in different ways.”

Islamophobia, it seems, is an issue that may in fact need to be tackled, as “Take on Hate” claims, “It’s still happening. It’s still wrong.” In reference to Gallup, 52 percent of Americans and 48 percent of Canadians questioned in 2011 believed that Western societies did not respect Muslims. Moreover, in another study from 2010, 66 percent of Jewish Americans, 60 percent of Muslim Americans and 51 percent of Catholic Americans agreed that Muslims in the US are prejudiced against.

With that said, the meeting with the Young Democrats here at HFC can be a step in the right direction. It can be one of many ways to continue the dialogue that “Take on Hate” has begun. It may in fact be necessary in light of recent events, such as the mosque that was lit on fire in Houston on February 13 of this year, for one of the first towards creating lasting peace can be dialogue.