Why Your Hypochondriac Parents Didn’t Do You Any Favors 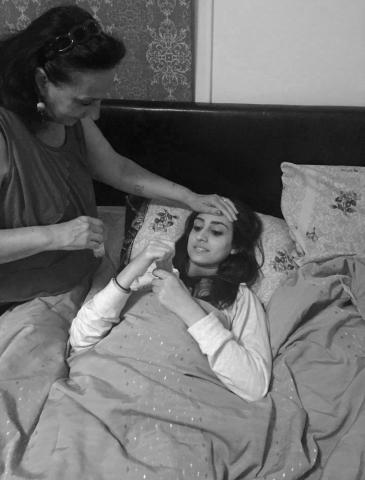 People in the US are developing a resistance to penicillin and other medicines. The man that first discovered penicillin predicted that this day would come.
In the biography on Fleming, entitled “Sir Alexander Fleming-Documentary” it states that “While accepting a Nobel Prize for discovering penicillin, Alexander Fleming warned of a future in which antibiotics had been used with abandon and bacteria had grown resistant to them.”

Could Fleming look into the future? The answer is no, but he understood science and it is too bad that so many people don’t. Overprescribing and over-abuse are at the root of this new age of antibiotic-resistant bacteria.

If you ever had an ear infection as a child or a runny nose, sore throat, upper-respiratory infection along with many other possibilities, your parents likely rushed you to your family pediatrician. Kidshealth.org points out that in these situations, parents expect some sort of treatment to be given to the child at the visit.

Ampicillin or Amoxicillin are two common penicillin derivatives that are frequently prescribed for these symptoms, and as you may guess, are also regularly overprescribed.

The problem is that there are many ailments that penicillin and only penicillin can treat. So, once that wall of resistance is built, there is no plan B. Deaths have skyrocketed as a result of no available treatment for such bacterial infections.

The Atlantic shares, “An increasing number of bacterial strains have taken the opportunity to evolve beyond the reach of antibiotics. The CDC’s 2013 threat report listed 17 antibiotic-resistant microorganisms that directly cause at least 23,000 deaths each year in the U.S. alone.”

Even if you are treated for multiple ear infections as a child, leading to a resistance to penicillin, and never again have an ear infection, the threat will not have dissipated. The penicillin resistance will leave you in danger if you later need treatment for pneumonia, gonorrhea, rheumatic fever, blood poisoning and many other common sicknesses. The piece, “Education: Differential Diagnoses Conditions Affecting the Tongue” shares that besides penicillin, these diseases have no other treatment option.

So, next time you’re feeling under the weather and your mother inquires if she should bring over some soup and medicine, take the soup but think twice about the medication.