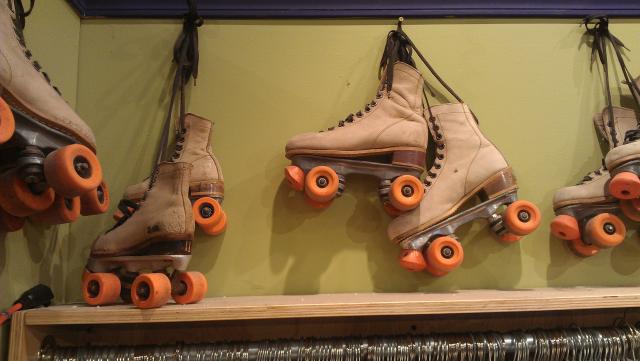 When you think of sports, usually football, soccer and baseball may come to mind. The definition of ‘sport’ from Webster’s Dictionary is: A contest or game in which people do certain physical activities according to a specific set of rules and compete against each other.” Keeping that in mind, I would like to introduce you to roller derby. While it doesn’t have the same fan base size as football, this underrated sport has started to put itself on the map. The movie ‘Whip It,’ which was released in 2009, can arguably be considered a large contributor to the increase of those involved in derby.

While I am going to attempt to explain the rules and regulations, it will only be the basics. Consider me to be giving you the equivalent to ‘Roller Derby for Dummies.’ I was able to attend one of the practices of the ‘Detroit Derby Girls’ and let me tell you, I would not want to get on the wrong side of any of these girls. Speaking with a few of them, I learned that there is not a specific ‘type’ that joins; their jobs ranged from lawyers and artists to personal trainers and housewives. In other words, as long as you enjoy roller skating, and don’t mind throwing an elbow here and there, they will welcome you with open arms and a set of arm and knee pads (yes, you’re required to wear elbow, knee, wrist pads, helmets, along with other protective gear). I wasn’t messing around when I commented on how physical this sport is. Along with the gear you’re placed in a group and given a “derby name.” According to derby player Eva Sagoli, “we have these nicknames for each other and we’re always teasing each other and rough housing with each other… it’s just a lot of fun.”

So, derby works like this, there are ‘Periods’ and each is broken down into a ‘Jam’. A Jam can last anywhere from a few seconds to two minutes. Position wise, unlike the many positions you typically have in sports, there are only three in derby. These are ‘Jammer,’ ‘Pivot’ and ‘Blocker.’ Every Jam consists of one Pivot, three Blockers, and one Jammer per team. The job of a Jammer is to score the points. The track is set up in a circle; to score points the Jammer has to get past the Blockers and Pivots of the other team and lap them. If you are observing a Jam, the easiest way to spot them is by looking for a person whose helmet has a helmet cover with two stars on it. The Pivot is a type of Blocker that is typically at the front of the pack; they act as the last line of defense in case the other team’s Jammer gets through the blockers. According to monadnockrollerderby.com, you know a Pivot by a single stripe down their helmet covers.

Last but not least, we have the Blockers. Being the main source of defense and offense, they play a crucial role, which is probably why they have three per team for a Jam. Unlike Jammers and Pivots, they don’t have helmets covers for identification. The job of a Blocker is self-explanatory; they block the other team and try to make room for their team. Boom, now you know the general responsibilities of the positions. Now to get down to the dos and don’ts of derby. Yes, like in hockey, there is a penalty box. It is the job of the NSOs (non-skating officials) and referees to keep the skaters in line and honest. As with any sport, you can find many ways to be sent into the corner with a dunce hat. Roller derby is a contact sport; you’re going to get hurt, especially if you are clumsy like me. It is not uncommon to skate away with a couple bruises and sore muscles. Regardless, derby can still be very fun and personally enriching. In this context, Eva Sagoli said, “It also offers a level of wholesome community that I haven’t found in a whole lot of other places.”