E-Cigarettes: A Great Step Forward... Or a Leap Backwards? 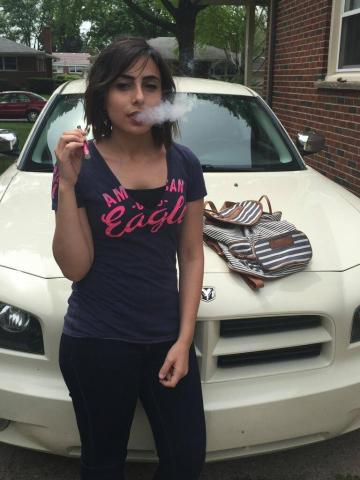 Popping up everywhere are the cool, new and flavorful e-cigarettes. Our generation has been steered away from the carcinogenic and foul smelling cancer sticks through redirection to a new era of electronic vapor cigarettes.

Those allergic to the smoke of tobacco filled cigarettes and distressed by the ashes and ashy smell that they leave on clothes, in homes, cars, and other places may quest for a world with the warm, sweet and delicious vapor replacement. Teeth do not get discolored nor does skin prune up with the use of the e-cigarette. In fact, e-cigarettes may be smoked indoors in many places where Michigan law bans the smoke of carcinogenic cigarettes.

According to Ruth Marcus of the Washington Post however, e-cigarettes lack regulation, appeal to the youth and can be attributed to an abundance of first time smokers. Countering Marcus’s attack is the U.K.’s Wiley-Blackwell journal Addiction. The journal published a study that reported, “People attempting to quit smoking without professional help are approximately 60 percent more likely to report succeeding if they use e-cigarettes than if they use willpower alone or over-the-counter nicotine replacement therapies.”

On top of this, it seems secondhand smokers benefit immensely from firsthand smokers switching over to e-cigarettes. In reference to the Asthma and Allergy Foundation of America, “In 1993, the US Environmental Protection Agency issued a report that outlined the dangers of ETS (secondhand smoke)… It found that ETS causes about 3,000 deaths from lung cancer each year in the United States. It also stated that passive smoking is an important cause of respiratory illness.”

This implies that buying e-cigarettes instead of their predecessor could potentially save thousands of lives a year. However, it’s not that easy. While the appeal factor of these multi-flavored e-cigarettes has been crucial to enticing carcinogenic smokers away from those tobacco filled cigarettes, there has also been an adverse following.

There has been an alleged abundance of first time smokers to pick up e-cigarettes that had never smoked prior. Marcus affixes the American Heart Association’s opinion with her own, when she shares, “Many of these advertisements have themes that promote rebelliousness and glamorize e-cigarette use…Such marketing practices are likely to recruit a new generation of nicotine addicts.”
The Centers for Disease and Control (CDC) relays that “More than 260,000 youth who had never smoked a cigarette tried e-cigarettes—triple the number just two years earlier.”

Are the adolescents that choose to try e-cigarettes enough to counter those that are involuntarily exposed to relatives smoking the tobacco filled cigarettes? The great debate on the e-cigarette industry won’t disappear overnight. Yes, they help smokers quit; but are they going to cause an epidemic of nicotine addicts?