“Mad Max” Paves A Road for Modern Feminism in Film 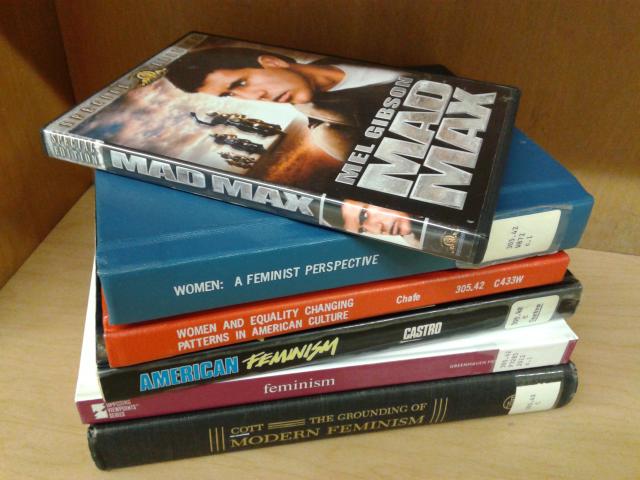 This summer Hollywood has treated us to many different sequels and spin-offs, but there was one film that has stood out from the crowd. There was one that took its source material and re-imagined it as something so refreshing and new, it surely will have an impact on the kinds of blockbuster films we may see from now on.

This film is “Mad Max: Fury Road”, released May 15. If you haven’t seen the film yet, let me give you the five second review: oh my god, the action never stops and I want more.

Having grown up watching action movies, I know the quintessential elements: a ripped and oiled dude, who’s looking to save a damsel in distress and he’s just run out of chewing gum. The guns have an endless amount of bullets and at the end of the day he will kill, maim, and destroy the people/evil overlord/aliens/building that stands between our hero’s fists and justice. We cheer, we eat popcorn, we go home.

This image harkens back to an older time though, an age that no longer reflects our idea of a hero. Now, heroes are big and small, male or female. While as a society we have gotten closer to that idea of equality, our films haven’t yet reflected this change. Sure, we have movies like “Tomb Raider” and “Resident Evil,” where our heroine is strong and more than able to save herself a majority of the time, but these movies didn’t quite achieve what “Mad Max” has accomplished.

“Mad Max” paints for us a view of a dystopian world left with little options, but reveals itself as it goes on as the kind of place where trust and mutual respect are earned and shared between our heroes. The evil ones who seek to dominate and control are punished.

There is a lot of empowerment of women in this film. The women who are victims outsmart their captors and prove more than formidable opponents, keeping up blow for blow with their male counterparts. We also have moments where we see equality in action. In one scene, Max takes aim at a foe with few bullets left in his weapon. After missing twice, the weapon is silently handed off to Furiosa, the fierce and strong female lead. She gets the job done, with no teasing, no taunting and no quip about how she had a ‘lucky shot.’ This exchange is a shining example of the kind of fairness I hope we can see in films to come.

“Mad Max” is an action film that ranks up with “Die Hard” and the “Bourne” movies, and it does it while giving the characters the respect they deserve, regardless of gender. I hope its success and accolades are noted, and we’ll be treated to more films like this in the future.