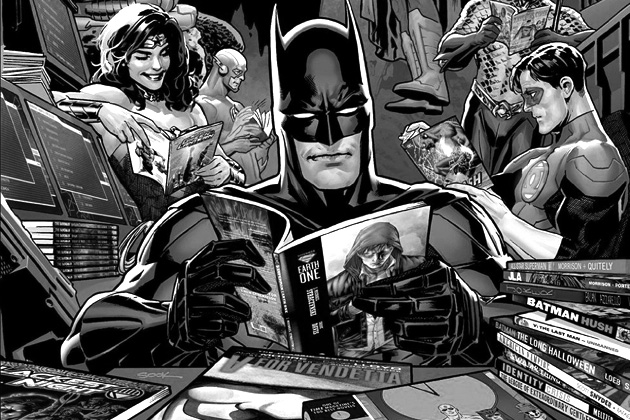 Many people have the misconception that comic books and graphic novels are the same thing. It is understandable why this is a common confusion. They both follow the same basic formula, which consists of pages of illustrations with text bubbles that convey action and a story. However, the format of the storytelling is different. As said by Debra Kelly on KnowledgeNuts, “Graphic novels are much longer and tend to be much more complex. While a comic book will tell a story over many issues, graphic novels more often have their storylines wrapped up in only one or two books.” (knowledgenuts.com) Essentially, it is the same difference between a TV show and a movie. While you’re watching video content in both cases, TV shows’ stories are either self-contained short stories or an ongoing arc, while a movie’s story is a longer form story for its longer format. Comics are designed to keep introducing new long-lasting arcs, as the monthly comic book is the bread and butter of the comic book industry. Graphic novels are meant to tell a story and end it, in a limited number of books. Continuation of graphic novels is not a given.

Their similar format has led to some overlap, however. Sometimes, when a comic book has enough of a separate and focused storyline, it is made into a graphic novel. For example, a story arc across multiple Batman character comics in DC Comic’s The New 52 line, one that ranged across multiple comics, was collected in a graphic novel, Batman: Night of the Owls. This doesn’t just apply to American comic books, either. The Japanese equivalent, manga, for example. Manga is generally published in large weekly (or monthly) publications that contain installments of several stories by different authors. If these on-going stories do not go that long, they will be collected into a high quality self-contained release, a “tankōbon,” which is essentially their equivalent to our graphic novels. For example, the Strider Hiryu manga ran through the monthly magazine “Comic Computique” (later shortened to “Comic Comp”) for 6 months, and these six stories were eventually collected into a single book. (lscmainframe.kontek.net)

So, essentially, graphic novels are self-contained longer-form comic books. Graphic novels and comic books both tell their stories in different ways, and they each provide something different. If you’d like to be tied to a fun monthly unraveling of events, follow your favorite comic book series. If you’d like the whole story up in front of you, with no waits and more of a complex and closely tied story, pick up a graphic novel that seems interesting to you. Or, you can do both! All so you can accurately complain about the inevitable movie adaptation of them.