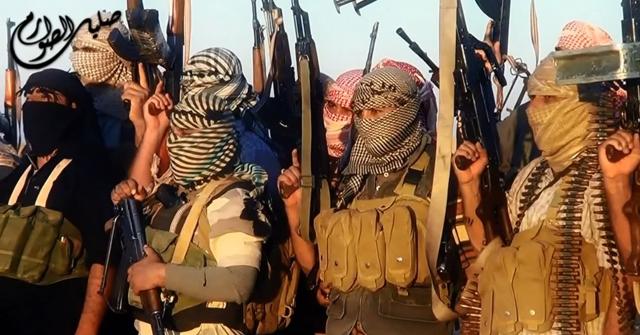 The Middle East is no stranger to violence and destruction.
In recent years, the area has fought wars in Iraq, Afghanistan, and Syria. There is also the ongoing Israeli-Palestinian conflict, which shows no sign of stopping since being instigated over 65 years ago (huffingtonpost.com). Currently, the people of the Middle East must wade through a new wave of catastrophe with the creation of the Islamic State of Iraq and Syria, commonly referred to as ISIS.

The event opened with a PowerPoint presentation by Al-Tawil, in which he explained the history of ISIS.

Originally part of Al-Qaeda, ISIS, or Da’ish as it is called in Arabic, formed into a separate group in 2013 when the former group dissolved. All ISIS members are Sunni Muslims, the largest sect of Islam in the Middle East. The second largest sect, Shia, was in charge of the Iraqi government and the group’s main target. The mission of ISIS is to take control of Shia communities throughout Iraq and Syria to covert those areas into a Sunni state.

“The Shias became the enemy of the government, by default,” Dr. Al-Tawil explained. “In 2003, there was the seeding of sectarianism in Iraq. Iraq is a collaboration of many sects, ethnic minorities, religions. That picture was extremely disturbed after 2003.”

The professor then went on to discuss the various crimes ISIS has committed, such as the control over Iraqi cities Fallujah, Mosul and Tikrit. These places are the victims of destruction, as buildings, homes, and mosques are obliterated. In addition, the organization carries out their executions and beheadings of people who do not wish to convert to the Sunni religion or because they are on ISIS territory. In June, a total of 1,700 Shia soldiers were taken from an air base in Mosul and murdered in the middle of a desert, said Al-Tawil, who showed the gruesome images of the attack in his presentation.

ISIS is also the cause of deaths of American journalists James Foley and Steven Sotloff, who were beheaded by members August 19 and September 2 respectively, reports CNN.

As opposed to Dr. Al-Tawil, second speaker Imam Elahi’s address on ISIS was told from a religious perspective. He states that ISIS’s behavior is “100 percent anti-Islam,”despite the fact they identify themselves as Sunni Muslims.

“The people who chose death, torture, intimidation, explosion, genocide…are using religion against religion, and that is the best way of destroying religion itself” Elahi said.

The Islamic leader also discusses how being a Muslim in the Western world will continue to have a negative connotation now that ISIS is a household name.

"When an American sees me, any Muslim; they will think every Muslim is ISIS” he said. “And that every ISIS is obviously a terrorist.”

Although the Middle East is ravaged by bombings and gunshots, Elahi remains optimistic about the ISIS conflict, stating that if everybody from all religions can work together it is possible to stop the extremists.

Dr. Salie’s speech was similar to Imam Elahi’s in that they both agree all Muslims should not be blamed for ISIS. Only six percent of terrorist attacks are actually performed by Muslims he said.

Salie also believes that another terrorist attack in the United States is unlikely. Quoting Vice President Joe Biden, he said, “You are more likely to be stuck by lightening than to be attacked by terrorists.”

Unlike Al-Tawil and Elahi, the school president’s view on ISIS is that they are not plotting revenge against the Shias, but rather attempting to attain world domination.

Completely discarding the politics of her fellow speakers, the Rev. Hayes talked about ways people of different backgrounds can coexist.

“I find myself mourning all this violence and destruction and longing to do something,” she expressed.

First, she suggested everyone should get to know a certain person or group better, to develop a friendship with them. Even the most different of religions can find a common ground, as most sects of faith practice love, justice and peace.

Loving your neighbor like you love yourself is also a stepping stone for peace. A neighbor can be anyone who comes along your path she said; even someone you believe is your enemy.

She also said people uniting and working together could help change the world. Life-changing events from history could be a source of inspiration, such as the abolishment of slavery, women’s suffrage, and the civil rights movement.

The event seemed to have gotten a warm reception from students and faculty, as several people seemed more informed about the ISIS situation. That was the case for student Jessica Martin.

“I didn’t know anything about ISIS. This is the first time I’ve sat down and really listened to it.”

Another HFC student, Adeeje Chamas, thought the lecture was “thought-provoking.”

“In this time in history, it’s so important to know what’s happening in the world, and this event offered further explanation into one area of this global village.”

The different backgrounds of the four speakers were one of the things that drew Karl Fischer into the lecture, saying” It’s comforting such a diverse group of people are coming together for a common cause.”

William Secrest, World religions professor and member of the Building Bridges of Understanding, believed the forum was effective and helped students become more aware of the horrendous things ISIS has done.

“I think the pictures brought home the depth of the suffering. Now it’s our responsibility to do what we can to stop ISIS.”

HFC, along with the Council of World Cultures, will be holding an in depth discussion on ISIS as part of a two day conference beginning November 14.