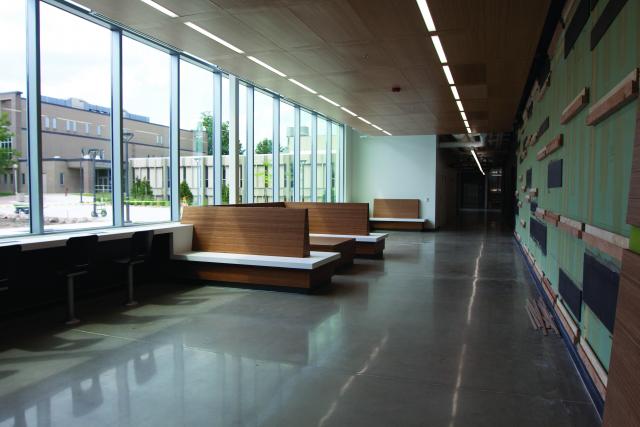 HFCC will open the Life Science Center for the fall semester of 2012. The construction of HFCC’s Life Science Center was started in April 2011. The building process took 13 months to complete and is now ready for use. The building aims to introduce science in a whole new way by featuring 21st century technology that will help students learn more accurately and efficiently.
The previous Science Building, which was built in 1963, signifies one of the oldest structures on the campus. During its 48 year span, thousands of undergraduates were taught in the facility. Since then, science has taken a dramatic change considering the advancements in technology over the four decades.
The Science Center was renovated to meet the educational standards of students. During the spring and summer semesters of 2011, the building was expanded 19,000 feet due to the growing demand of science courses and has increased laboratory and research space. All classes were equipped with state of the art projectors and new furniture. The planetarium was also renovated with a full dome projector, uni-directional seating, and a real-time solar system simulator. In addition to the physical expansion, HFCC will offer a wider selection of science courses.
All science classes in the Life Science Center will be starting on September 19th.